An F-35 or F-22 Can't Match This: Russia's Stealth Fighter Has a New Weapon 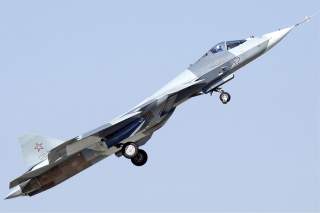 Does “characteristics similar to that of the Kinzhal missiles” simply mean a smaller Kh-47M2 variant, or a different hypersonic missile with similar capabilities to that of Kinzhal?