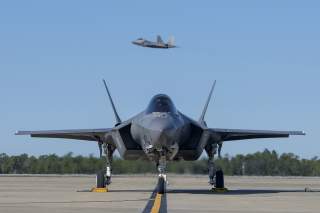 Testing planes with software and systems that won’t be in the aircraft when it’s delivered to the services would be wasteful, and delivering systems that haven’t been combat-tested would put pilots’ lives at risk.