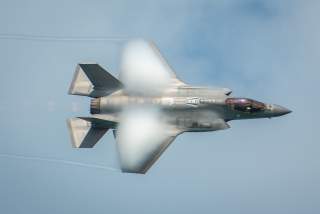 “It has a range greater than AMRAAM, different capabilities onboard to go after that specific [next generation air-dominance] threat set, but certainly longer legs,” he said. “As I bring up JATM production, AMRAAM production is kind of going to start tailing off.”

The weapon is initially planned to fly in the F-22’s main weapons bay and on the Navy’s F/A-18, with the F-35 to follow.

“It is meant to be the next air-to-air air dominance weapon for our air-to-air fighters,” he said.

Genatempo explained that the USAF will buy its last AMRAAMs in fiscal 2026 as JATM ramps up, answering combatant commanders’ needs.

He told Air Force Magazine the service hasn’t settled on how many JATMs it might buy in the outyears or how the program will ramp up.

“The future of what JATM looks like, especially out in that outyear increment, is very, very up in the air right now,” Genatempo said. “As far as lot sizes go, it’s on the order of a couple hundred per lot and I don’t think we have a definite plan.”

He expects JATM could be in production as long as AMRAAM, which was first deployed in 1991.