The 'F-52' Fighter: Everything You Need to Know 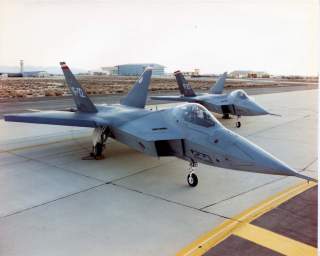 The Navy’s choice was the naval variant of the YF-22 design, which looked like bizarre hybrid of a Raptor and F-14 Tomcat with variable geometry wings.

President Donald Trump several months back told reporters that the United States had delivered the F-52 to Norway. The statement was obviously a mistake; there is no such thing as an F-52 yet. The aircraft only exists in the context of a video game called “Call of Duty: Advanced Warfare”—however, there was once a real world concept that looks similar to the fiction jet.

Dave Majumdar is the former defense editor for The National Interest