The F-52 Fighter Only Exists in a Video Game 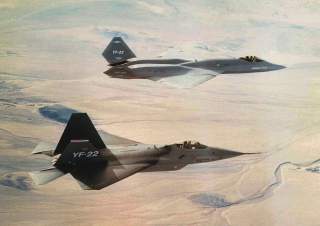 It never happenned, but we have an idea of what it could have looked like.

President Donald Trump back in January told reporters that the United States had delivered the F-52 to Norway. The statement was obviously a mistake; there is no such thing as an F-52 yet. The aircraft only exists in the context of a video game called “Call of Duty: Advanced Warfare”—however, there was once a real world concept that looks similar to the fiction jet.

Dave Majumdar is the  former defense editor for The National Interest.