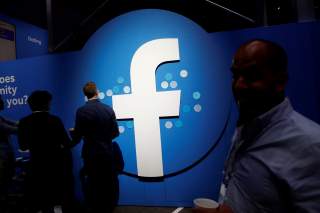 “It is completely reasonable to assume that MSS and SVR have subverted employees at all the major tech companies,” Stamos said in a Twitter threadTuesday, noting tech billionaire Peter Thiel’s accusations that China’s Ministry of Security “likely” infiltrated Google.

“This is part of the threat model for all competent tech security teams when building internal controls, monitoring and response,” he added. Thiel, a high-profile supporter of President Donald Trump, criticized Google’s work with the Chinese during a speech Sunday to the inaugural National Conservatism Conference.

“How many foreign intelligence agencies have infiltrated your Manhattan Project for AI? Does Google’s senior management consider itself to have been thoroughly infiltrated by Chinese intelligence?” Thiel asked at the conference.

He added: “Is it because they consider themselves to be so thoroughly infiltrated that they have engaged in the seemingly treasonous decision to work with the Chinese military and not with the U.S. military.” Thiel, who sits on the board of Facebook, suggested his questions warrant the attention of federal investigators.

“I expect that there will be a major combined HUMINT/InfoSec attack against a major tech company revealed in the next couple of years, which will trigger the same awakening that Project Aurora did in 2009,” he said, referring to a series of Chinese cyber attacks leveled against Google in 2009.

Thiel and Stamos are not the only tech experts raising red flags. “Google is not a patriotic company,” Joe Lonsdale, co-founder of software company Palantir, told CNBC Monday.

“Everyone in [Silicon] Valley knows that the Chinese government is very involved,” Lonsdale said without presenting any evidence for his accusations. “It’s something we don’t talk about a lot. It was very courageous of [Thiel] to talk about it.” Google denied the suggestion.

“As we have said before, we do not work with the Chinese military. We are working with the U.S. government, including the Department of Defense, in many areas including cybersecurity, recruiting and healthcare,” company spokeswoman Charlotte Smith told the Daily Caller News Foundation.

“Thiel knows how to play the press game. He starts news cycles by saying something “contrarian” (skipping college, living forever, supporting Trump) and then basks in the hate/adoration that comes w/ it,” BuzzFeed reporter Ryan Mac said in a tweet Tuesday.

Mac suggested that Thiel’s comments and his decision to appear on “Tucker Carlson Tonight” was a clear indicator that the tech titan is trying to send signals to Trump. Thiel’s accusations come after reports showed that Google is working to distance itself from Huawei, a Chinese telecommunications company critics believe is involved in cyber war fare.

The Silicon Valley giant made the decision in May after Trump placed restrictions on technologies from foreign adversaries. The president has since eased up on restrictions against the company as he works to hammer out trade deals with China.