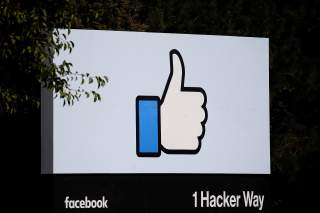 After two-and-a-half years bouncing from one scandal and misstep to another (most notably with Cambridge Analytica, where Facebook’s lax attitude towards user privacy led to nearly 100 million users’ personal information being mined by a dodgy pro-Trump data firm), Facebook CEO Mark Zuckerberg announced in March that the company would be pivoting to a more privacy-orientated vision.

“I believe the future of communication will increasingly shift to private, encrypted services where people can be confident what they say to each other stays secure and their messages and content won’t stick around forever,” Zuckerberg said in a lengthy blog post. “This is the future I hope we will help bring about”

But this focus on privacy doesn’t seem to extend to Libra, Facebook’s newly minted cryptocurrency which is scheduled to launch next year. As the Wall Street Journalreported on Tuesday, testimony by Facebook executive David Marcus earlier in the month made it clear that Libra could stand out among cryptocurrencies in being a tool for law enforcement, because it would have a clearer transaction and ownership record then most of its current rivals.

“You’re going to see an expansion of exchanges and wallet services that have stronger (anti-money-laundering) protocols and restrictions,” former CIA analyst Yaya Fanusie told the Journal. “That would be good for law enforcement.”

To be clear, while cryptocurrencies — and encryption more broadly — represent a challenge to law enforcement at the moment, it is not an impenetrable one. The reliance of Ross Ulbricht — who set up Silk Road, the online one-stop-shop for drugs — on bitcoin was a key factor in law enforcement ultimately uncovering him. Attorney General William Barr also warned last week about how “warrant-proof” encryption was “enabling dangerous criminals to cloak their communications and activities,” further showing how tackling encryption, be its use in cryptocurriencies or messaging apps, is very much on law enforcement’s radar.

Facebook itself has acknowledged how essential privacy is to Libra. “Protecting consumers and ensuring people’s privacy is one of the Libra Association’s top priorities,” David Marcus told the Senate Committee on Banking, Housing and Urban Affairs on July 16. “The Association will not separately hold any personal data on people who use the blockchain, no matter how it otherwise could be collected, and will not run any infrastructure.”

But bearing in mind Facebook’s previous privacy failures, it would be fair to take Marcus’ promises with a healthy pinch of salt. A week after his testimony, the Federal Trade Commission fined Facebook a record-breaking $5 billion fine for “subvert[ing] users’ privacy choices to serve its own business interests.”

Even then the settlement was met with criticism, most notably from the Electronic Privacy Information Center which filed a motion to intervene last Friday on the grounds was “clearly not in the public interest, as it leaves consumer complaints unaddressed while still failing to ensure consumer privacy on Facebook.”

In his open letter on “pivoting to privacy,” Zuckerberg even acknowledged that Facebook wasn’t particularly well-placed to lead the fight on privacy. “I understand that many people don’t think Facebook can or would even want to build this kind of privacy-focused platform,” he said. “Because frankly we don’t currently have a strong reputation for building privacy protective services, and we’ve historically focused on tools for more open sharing.”

What’s more, Facebook’s promises to law enforcement seem somewhat hollow bearing in mind its stated aim of providing a “global, open, instant” way of moving money across the world. This sort of free flow of capital, managed by a cryptocurrency based in Switzerland, is exactly the same system which has allowed for anonymous shell companies, anonymous trusts, and anonymous real estate purchases in the U.S., a system which in turn has allowed money laundering to thrive.