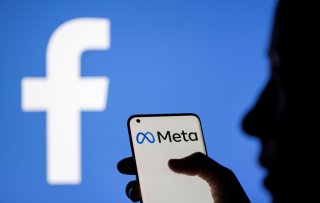 The Russian government has banned Meta Platforms, the parent company of social media apps Facebook, Instagram, and WhatsApp, listing it as an “extremist organization” and banning its activities inside Russian territory, according to Reuters.

The Tverskoi District Court, located within Moscow, upheld a lawsuit filed by the Russian state prosecutor’s office on Monday to label the American technology company as an extremist group. The prosecutor’s office accused Meta of fomenting “Russophobia,” noting that the platform had temporarily suspended its guidelines prohibiting threats of violence against Russians as a reaction to Russia’s invasion of neighboring Ukraine on February 24. Meta has since partially walked back its stances, forbidding death threats against Russian president Vladimir Putin and Russians in general but continuing to allow users to threaten Russian troops.

Meta, the holding company created by Facebook and led by Facebook founder Mark Zuckerberg, did not comment on Russia’s decision. The company’s Russian lawyers insisted in court that it did not carry out extremist activities and was opposed to anti-Russian sentiment in the West.

Prior to the legal action against Meta, Facebook, and Instagram had been subject to increasing restrictions within Russia as dissidents and Western activists targeted Russian users of the platforms with anti-war messaging. Facebook had also restricted the activities of RT and Sputnik, Russia’s flagship foreign news agencies, which are widely characterized in the West as propaganda outlets for the Russian government. Meta ultimately “demonetized” both networks, preventing them from collecting advertising revenue from their pages. Instagram was later banned in Russia after the suspension of restrictions on calls for violence against Russians.

In response to Russia’s invasion of Ukraine, Western social media companies have faced growing calls to limit their activities in Russia and take other measures to prevent the Russian government from using them. On March 1, Google banned the YouTube channels of Sputnik and RT, citing disinformation that the networks had broadcast in violation of YouTube’s terms of service.

In recent years, the Russian government has made extensive use of its “extremist” designation, restricting the ability of Russian non-governmental organizations from operating within Russia and participating in politics. In June 2021, the Anti-Corruption Foundation, a human rights group led by imprisoned Kremlin critic Alexei Navalny, was designated as an extremist organization and dissolved by a Moscow city court.