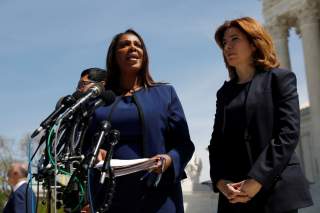 The probe will include the attorneys general from Colorado, Florida, Iowa, Nebraska, North Carolina and Ohio, among others, James’s office said in a statement. The probe “focuses on Facebook’s dominance in the industry and the potential anticompetitive conduct stemming from that dominance,” the statement read.

“Even the largest social media platform in the world must follow the law and respect consumers. I am proud to be leading a bipartisan coalition of attorneys general in investigating whether Facebook has stifled competition and put users at risk,” said James, a Democrat.

She added: “We will use every investigative tool at our disposal to determine whether Facebook’s actions may have endangered consumer data, reduced the quality of consumers’ choices, or increased the price of advertising.”

Facebook agreed to pay a record $5 billion in July to settle a Federal Trade Commission (FTC) investigation for violating the terms of a 2012 privacy agreement with the FTC by “deceiving users about their ability to control the privacy of their personal information,” according to the agency.

James’s actions come as Facebook also deals with broadsides from conservatives. GOP Sen. Ted Cruz of Texas, for one, believes one of the best ways to ding Facebook is to make the company responsible for content users post, while other conservatives believe depriving access to the platform is a civil rights abuse.