FACT: The F-22 Raptor Was Under Consideration to Become a Bomber. 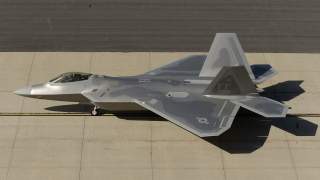