Fact: Iran Is No Persian Empire (And Should Be Treated As Such) 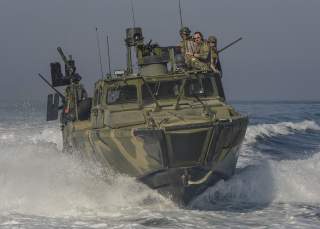 Key point: It would make little sense to commit heavy resources to offset a secondary worry such as Iran—especially if the opportunity costs were losing out in the Western Pacific, the Mediterranean, or elsewhere around the Eurasian periphery.