FACT: There Are 400 Million Privately Owned Guns in the U.S. 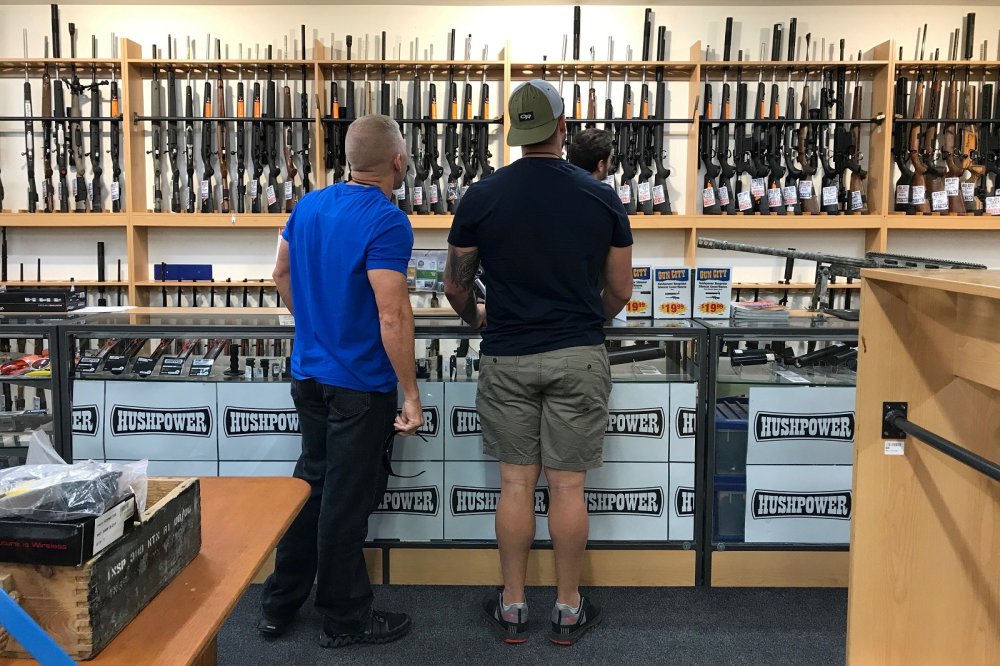 My colleague John Malcolm and I joined 243 other Americans featured on the cover of Time magazine last year for a project dedicated to exploring the various views of gun ownership in the United States.

It was an insightful and well-designed project, one to which I was proud to contribute.

At times, however, this past week has felt a bit like what I would imagine a real-life version of that cover would feel like—everyone shouting very different ideas for very different reasons at the exact same time, a loud, chaotic, and disorienting cacophony of voices overwhelming any individual message.

Processing mass public shootings is never an easy task, but it seems like the added layers of rhetoric after the recent bloodshed in El Paso, Texas, and Dayton, Ohio, have made it particularly difficult.

Is white nationalism driving these shootings? Is mental health a factor or just a distraction from the “real” problem of guns? Is the answer universal background checks, or banning so-called assault weapons, or implementing “red flag” laws?

Let’s cut through some of the background noise. Here are common questions that keep coming up in conversations about guns, and how The Heritage Foundation has responded.

What’s the Reality of Gun Ownership in the US?

There are an estimated 400 million privately owned firearms in the United States, with somewhere between one-third and one-half of American households owning at least one gun.

In the past few decades, the number of guns in this country has increased significantly and rates of gun ownership have remained consistent.

More Americans than ever have concealed carry permits and carry on a regular basis. Yet, we are in a decade of historically low rates of violent crime, with homicide rates and gun-related homicide rates falling to half of what they were at their peak in the early 1990s.

Unfortunately, too few Americans are aware of this reality.

Americans use their firearms literally countless numbers of times each year for lawful purposes, such as hunting and recreational target shooting.

More importantly, as the Centers for Disease Control and Prevention reported in 2013, almost all major studies on defensive gun uses have concluded that Americans use their firearms in defense of themselves or others between 500,000 and 3 million times every year, far outpacing the number of times firearms are used to harm innocent people.

You can learn more about gun ownership in the United States here:

How Big Is the Threat to Public Safety?

Mass public mass shootings devastate communities, and their random nature has profound effects on our feelings of safety in public places. They are a well-publicized phenomenon, but they remain an incredibly small threat to any one individual. They account for only a fraction of 1% of all gun deaths every year.

Contrary to popular talking points by gun control advocates, the United States does not have a particularly extraordinary problem with mass public shootings compared with other developed countries, after accounting for population differences.

Moreover, in other developed countries, bombings, mass stabbings, and car attacks frequently kill more people than even the deadliest mass shootings in the United States.

You can learn more about mass public shootings in the U.S. here:

What Is the Role of Mental Illness?

Most mentally ill individuals are not—and will never become—violent, especially when they are receiving proper treatment.

However, despite recent attempts by some in the media to remove any connection between mental health and gun-related violence, untreated serious mental illness is a significant contributing factor in two important subsets of gun violence.

Analyses routinely show that about 25% of those who commit mass public shootings were previously diagnosed with a mental illness, while roughly two-thirds had a significant psychiatric history.

Moreover, the majority of annual gun deaths in the United States are the result of suicides, which are inherently a mental health-related concern.

You can learn more about the relationship between mental illness and gun-related violence here:

Is White Nationalism to Blame?

White nationalism—like all ideologies that promote violence and seek to divide humanity on the basis of race—is an abhorrent belief system that is rightly condemned. Some mass public shootings have been carried out in the name of white nationalism, both in the United States and internationally. (That includes the recent shooting in El Paso.)

White nationalism constitutes a real threat to the American public. It is not, however, the driving force behind most mass public shootings.

Only a small subset of such shooters is motivated by clear ideological beliefs, and many different types of extremist philosophies have been used to commit acts of domestic terrorism in the United States.

The threat of white nationalism should not be ignored, but neither should it be treated as the greatest danger facing Americans.

You can learn more about the major motivations behind mass shootings here:

Are ‘Assault Weapons’ the Problem?

The term “assault weapon” is purposefully vague and has no definitive meaning, but generally refers to guns that have features associated with semi-automatic rifles such as the AR-15.

Despite recent claims that these are “dangerous weapons of war” with no legitimate civilian function, these firearms are owned by millions of Americans who regularly use them for lawful purposes. They are also standard-issue firearms for law enforcement officers, who use them every day to respond to threats in a civilian context.

These types of firearms are the least likely to be used in violent crime, with rifles of any kind accounting for about 3% of all firearm-related homicides in the United States every year.

Despite common assertions that semi-automatic rifles are the “weapon of choice” for mass shooters, the majority of mass shootings are carried out with handguns alone.

You can learn more about these commonly owned firearms here:

Federal law already requires that background checks be conducted prior to the vast majority of firearm purchases or transfers. Further, it is a federal crime to sell or transfer firearms to someone you know is prohibited from possessing them, regardless of whether the law mandated that you first perform a background check.

Universal background checks would require private citizens to pay a federally licensed firearms dealer to conduct a background check prior to any transfer of a firearm to another person, with limited exceptions for permanent transfers between family members.

You can learn more about universal background checks here:

What Are ‘Red Flag Laws,’ and Should Americans Be Concerned?

Most mass public shooters have long histories of troubling behaviors that everyone around them recognized as indicating the person was a serious risk of danger.

Rarely, however, are official actions taken that would disqualify would-be mass public shooters from lawful firearm possession. Often, that’s because these individuals have not yet committed serious crimes or reached a threshold of mental instability qualifying them for court-ordered mental health treatment.

Red flag laws can help identify and disarm those who are extreme risks of danger to themselves or others before they reach a full-blown mental health crisis or attempt heinous crimes.

Red flag laws vary, but they generally allow nonstate actors (such as family members or teachers) to petition a court to hold hearings on whether someone close to them should have their Second Amendment rights temporarily restricted because he or she presents a serious risk of danger in the near future.

Certainly, we should be wary of attempts to “predict” future crimes or punish people for actions they might commit in the future. When properly narrowed, however, red flag laws can play an important role in protecting the public from individuals who show clear and repeated indications that they are a danger to themselves or others.

To be unobjectionable, these laws must afford meaningful due process protections to those accused of being dangerous and be temporary in nature, with restrictions on Second Amendment rights limited only to the time where the person continues to be dangerous.