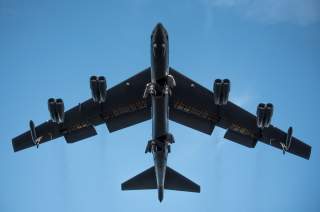 Key point: The history of the Korean War could help explain why disarming Pyongyang may, in the end, prove to be an impossible job.

Can the United States and North Korea arrive at a deal—any deal—on denuclearization, normalization of relations, or at the very least a nuclear freeze? Given the holding pattern in nuclear diplomacy since the second summit between Donald Trump and Kim Jong-un in Hanoi, the prospects don’t appear particularly bright.

The hold-up in the talks, however, is not simply the product of personality clashes, maximalist negotiating positions, and incongruent objectives between Washington and Pyongyang. History also has a lot to do with it.

While the Korean War may have ended in an armistice sixty-six years ago this July, memories from that extremely bloody conflict are never far from the minds of North Koreans. While the three-year-war for control of the Korean Peninsula doesn’t get sufficient attention in the United States, it is literally the seminal moment in North Korea’s young history as a state. It was a merciless campaign on all sides, with tens of thousands of Americans, hundreds of thousands of Chinese, and millions of Koreans killed in three short years of stalemated fighting. Americans have since regarded the war as a noble attempt to save South Korea from being usurped by communism. The Kim regime’s interpretation, drilled into the minds of the North Korean population, is far more sinister: a violent, criminal attempt by an imperialist American aggressor that sought to turn the Korean Peninsula into a colony.

The bombastic, colorful statements out of Pyongyang about the looming threat of a U.S. invasion can often seem like the words of a paranoid sociopath. But from the North Korean perspective, they are perfectly justifiable concerns founded in part on their experiences during the Korean War.

In what can only be described today as saturated bombing on steroids, the U.S. Air Force dropped more munitions on North Korea during the Korean War (635,000 tons of bombs, including 32,557 tons of napalm) than were released during the entire Pacific campaign during World War II (503,000 tons). Multiple cities were targeted indiscriminately, leading some of the very men commanding the war to question whether such intense force was appropriate or successful in weakening the enemy’s will to fight.

In his twilight years, General Curtis LeMay, head of U.S. Strategic Air Command, estimated that 20 percent of the North’s population was killed. Dean Rusk, who would later serve as Secretary of State in the Lyndon Johnson administration, commented that U.S. bombers targeted “everything that moved in North Korea, every brick standing on top of another.” The U.S. strategy as it could be best summarized was dropping enough ordinance on the other side and annihilating as much as possible to compel a surrender.

That surrender, of course, never came. What did come, however, was a belief manufactured by the Kim regime of a war-happy America out for Korean blood. As history professor Bruce Cumings told Newsweek’s Tom O’Connor in 2017, “Most Americans are completely unaware that we destroyed more cities in the North than we did in Japan or Germany during World War II...Every North Korean knows about this, it’s drilled into their minds.”

One can argue why the Kim regime decided to embark on developing a nuclear weapons program. But there is a persuasive case to be made that the Korean War and the way the conflict was prosecuted was the first spark.

How is any of this relevant over six decades later? Well, the history of the Korean War could help explain why disarming Pyongyang may, in the end, prove to be an impossible job. The North Koreans don’t want to go through an even deadlier rerun. And if a rerun does happen, at least Pyongyang will have nuclear weapons at their disposal and go down fighting.

Daniel DePetris is a fellow at Defense Priorities, a nonpartisan foreign-policy organization focused on promoting security, stability and peace. This article first appeared earlier this year.