Fact : A Young George Washington Once Lost a Battle on July 4th 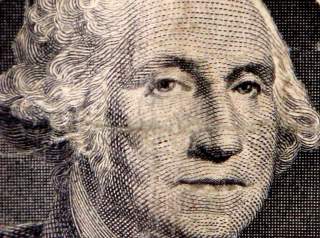 Long before George Washington went down in history as an American founding father, highest-ranking military leader and the first President of the United States, he found himself forced to surrender for the first and only time in his life- and he was commended for it.

In what would begin the French and Indian War on July 3rd, 1754, the Battle of the Great Meadows took place in what is now Farmington, Pennsylvania. The battle, along with another skirmish that took place a few months earlier, would be the first combat Washington would face- and had an odd turn for the then-21-year-old Lieutenant Colonel.

In command of the Virginia Regiment, Washington was a young man in the militia under the command of Great Britain and had personally initiated the conflict at the Battle of Jumonville Glen, which took place on May 28, 1754.

With a sizeable number of men under his command, Washington ordered his men to construct a fort near Great Meadows, which was named Fort Necessity. During that time, Washington was forced to take over the roles of a Colonel after he was killed during a fall from his horse and broke his neck.

By the time July rolled around, Washington was in a tough spot- one-quarter of his 293 men were out of action due to illness and exhaustion. Provisions had been depleted, and heavy rains turned defensive trenches into streams.

Knowing French and native forces were heading his way, Washington ordered his men to cut down trees, in hopes that the wood would stop any incoming fire. Another aspect of his decision was by doing so it would provide little cover for anyone coming against them within 100 yards of the fort, which was within musket range.

Placed between a rock and a hard place, Washington was forced to defend the fort.

An hour before noon on July 3rd, French troops came within sight of Fort Necessity. Ordering troops to advance, the French commanders initiated the assault.

Seeing what was about to unfold, Washington ordered an attack with his entire force across an open area, which baited the French and natives into charging directly at him. Ordering his men to stand fast, Washington then told his men to open fire with a volley, and managed to inflict several casualties. The attack was not so successful the second time, and Washington ordered his men to fall back to the fort.

Be it serendipity or providence, Washington’s situation was (temporarily) made worse when the rain began to fall, rendering his entire force unable to fight due to wet gunpowder.

After some time, the French commanders sent an officer to the fort bearing a white flag, in hopes that Washington would negotiate. Telling Washington that all they wanted was the surrender of the fort (which wasn’t in great shape as it was), the French agreed to let all the troops leave for Virginia unharmed. If Washington declined, however, the natives would be ordered to storm the fort and scalp the entire garrison.

With his men coming first, Washington and his men abandoned the fort on July 4th, a day that would be of greater meaning later in his life.

Later that month, Washington arrived back in Virginia and submitted his report to Governor Robert Dinwiddie. Expecting severe punishment, Washington was instead commended by the local leadership, who blamed the loss on poor supply and conditions that were out of the young commander’s control.

Many years later, Washington would achieve demigod-like status as a victorious military commander and be forever revered as the first President of the United States. Despite his battlefield defeat many years earlier, one thing is for certain- he never surrendered as an American.