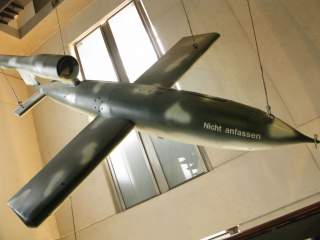 The V-1’s successors fly many times further, skim closer to the ground to evade detection, and can perform maneuvers to circumnavigate air defenses. They benefit from satellite navigation, image-matching computers and infrared-seekers allowing them to land within a few meters of a designated target.

As the United States and Russia recently withdrew from the INF treaty, which banned deployment of cheaper, long-range land-based cruise missiles, modern descendents of the V-1 may make a comeback seventy-five years after their reign of terror began.