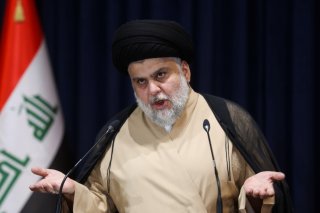 On Sunday, November 7, the Iraqi military reported that Iraqi prime minister Mustafa al-Kadhimi survived an exploding drone assassination attempt at his residence in Baghdad. The attack, which injured seven of Kadhimi’s bodyguards, involved three drones that were mobilized and released near the Republic Bridge on the Tigris River before two were destroyed.

Moments following the attack, Kadhimi went on Twitter to ask for “calm and restraint from everyone.” He continued by calling the assassination attempt a cowardly act that went against building a better future for Iraq. The attack received widespread international condemnation, including from U.S. president Joe Biden, who described the incident as an act of terrorism. The president instructed his national security team to offer “appropriate” assistance in the investigation.

Unfortunately, Iraqis are used to seeing violence and attacks on all people, not only politicians; However, what made this attack peculiar is that it was carried out in the supposedly safe Baghdad Green Zone and followed last month’s parliamentary elections—which had historically low turnout and saw pro-Iran parties question the election’s integrity after they lost seats. Iraqi security officials report that at least one Tehran-backed militia was behind the explosive drone attack, but Iranian officials have denied their involvement while U.S. officials assert that Iran likely did not sanction the assassination attempt.

Iraqis are afraid of what might come next in the never-ending chaos that is tearing apart their country. The sad reality is that Iraqis have not seen calm and restraint since the fall of dictator Saddam Hussein in 2003, and this latest act of violence is a long-term consequence of that fateful U.S. policy decision.

After Baghdad’s Baath leadership fell to the American-led coalition, Iraq became a battleground for foreign competition. While we will never know for certain what would have happened if Iraq’s Baath Party was allowed to maintain control of some of the state’s institutions or given the opportunity to participate in the post-Saddam era, it’s undeniable that its abolition triggered a larger than anticipated insurgency that mired Iraq in years of chaos and bloodshed. The violence then created a need for safety and security, regardless of its source, creating opportunities for both the United States and Iran to shape Iraq in their preferred direction.

While Washington sought to influence Iraq's future by installing anti-Saddam Iraqi exiles like Ahmed Chalabi into positions of power, Tehran leveraged its historical religious and political connections with Iraqi Shia to fight the U.S. coalition forces. Iran also forged greater bonds with Iraqi Shia political leaders, including clerics like Muqtada al-Sadr, who was once a stalwart enemy of the United States for his Mehdi Army’s attacks on U.S. servicemen in the early days of the U.S. occupation. Yet Iran’s interference in Iraq also incited discontent among the Iraqi people, and Sadr later became an Iraqi nationalist and began pushing back on Iran’s influence in his country. Sadr’s party surprised observers by winning a majority of seats in the recent Iraqi elections, challenging Iran’s allies. Now, Iraq’s new powerbroker may find himself aligned with his former American enemy, who he once referred to as the “big serpent,” against Iran and its Iraqi proxy forces.

It may not be the ideal situation for the United States. After all, it was Sadr who led the Shia resistance to the U.S. presence in Iraq. However, times have changed; The United States is seeking to stabilize Iraqi society and end the country’s enduring violence before President Biden withdraws combat troops by the end of this year. Iraqis are also tired of living in fear and losing their homeland to regional and international actors that violate their sovereignty. By practicing their democratic rights and by voting Sadr into power, Iraqis have produced a favorable outcome for U.S. Middle East policy. It remains to be seen if the United States will have the wisdom to realize it.