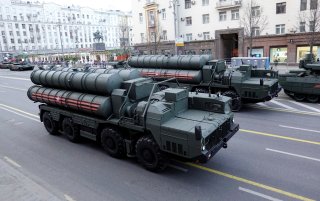 The missile that crossed into the territory of NATO member Poland on Tuesday and killed two people was launched by Ukrainian missile defense forces, Western officials said.

"From the information that we and our allies have, it was an S-300 rocket made in the Soviet Union, an old rocket and there is no evidence that it was launched by the Russian side," said Polish president Andrzej Duda on Wednesday. "It is highly probable that it was fired by Ukrainian anti-aircraft defense."

Duda’s assessment was confirmed by NATO Secretary-General Jens Stoltenberg. “This is likely caused by a Ukrainian air defense missile,” Stoltenberg said, adding that there is no indication Russia is planning to attack any NATO member state. Stoltenberg insisted that the blame for the deadly accident lies with Russia. “This is not Ukraine’s fault, Russia bears ultimate responsibility, he said. “The whole incident is caused by Russia’s brutal war in Ukraine.”

The AP reported on Tuesday, citing a U.S. official, that a Russian-made missile crossed into Polish territory. Ukrainian president Volodymyr Zelenskyy blamed Russia for the incident yesterday in his nightly address. "Russian missiles hit Poland, the territory of our friendly country. People died," he said. “How many times has Ukraine said that the terrorist state will not be limited to our country. … Hitting NATO territory with missiles. … This is a Russian missile attack on collective security! This is a really significant escalation. Action is needed.” Reports of the incident emerged as the Russian military conducted what Kyiv officials described as its heaviest strikes since the Russian invasion commenced, launching over 100 missiles at Ukrainian infrastructure targets.

President Joe Biden said later on Tuesday that the missile was “unlikely” to have been fired by Russia. “I’m going to make sure we find out exactly what happened,” he added. “And then we’re going to collectively determine our next step as we investigate.”

Ukrainian officials on Wednesday called for a joint investigation into the matter. “We advocate for a joint examination of the incident with the missile’s landing in Poland. We are ready to hand over evidence of the Russian trace that we have. We are expecting information from our partners, based on which a conclusion was made that it’s a Ukrainian air defense missile,” Oleksiy Danilov, secretary of the National Security and Defence Council of Ukraine, wrote on Twitter. Danilov added that Kyiv “requests immediate access to the site of the explosion” for representatives of Ukraine’s Defense Ministry and State Border Service.