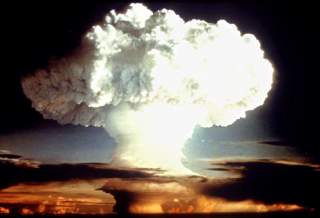 Key Point: The apartheid government of South Africa built these weapons for their own defense. However, the collapse of their regime caused them to get rid of the weapons since they didn't want the new democratic and black government to have them.

Robert Farley, a frequent contributor to the National Interest, is author of The Battleship Book. This first appeared in September 2019.