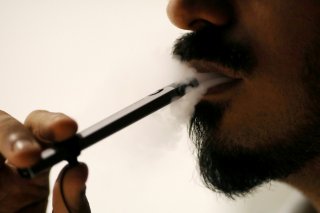 The FDA is putting small vape shops out of business.

The vaping industry is at an inflection point. The FDA was supposed to determine which e-cigarette products would remain on the market by September 9, a court-imposed deadline. It has already rendered decisions for many smaller companies, yet it’s requesting more time to evaluate Juul Labs, the biggest e-cigarette manufacturer in the United States. As this regulatory judgment day drags on, it seems to be a tale of two businesses: those with resources and capital, and those without.

In late August, the Food and Drug Administration (FDA) banned three businesses—JD Nova Group LLC, Great American Vapes, and VaporSalon—from selling their flavored e-cigarette and vape pens, effectively blocking the sale of 55,000 existing and planned products. The federal agency utilized an expensive and laborious application process, with metrics that made it virtually impossible for small- and mid-sized stores to get approved.

As the final decisions roll in, it seems that FDA is poised to regulate small-scale vape vendors out of the market—and leave smokers with fewer options to quit.

Regardless of size, vape shops that mix, prepare, or combine liquid nicotine with other components of tobacco products are considered “tobacco product manufacturers” and thereby need to submit a premarket tobacco application (PMTA). PMTAs must be reviewed and approved by the FDA before a company can legally market and sell its products in the United States. According to former FDA Commissioner Stephen Hahn, “the premarket application process ensures that new tobacco products, including many already on the market, will undergo a robust scientific evaluation.”

In 2016, the FDA finalized a rule that gave itself the authority to regulate e-cigarettes and vape pens and required manufacturers to “provide scientific data that demonstrates a product is appropriate for the protection of public health.” The policy was retroactive, such that existing vaping manufacturers had to submit their applications by September 2020 or else pull unapproved items off store shelves. More than 500 companies filed applications for over 6.5 million products.

PMTAs cost anywhere between $117,000 and $466,000—entirely unaffordable for your average mom-and-pop shop. What’s worse is that manufacturers with different flavored products have to submit these expensive PMTAs multiple times, one for each variant. But according to the FDA, store owners should not fret—at least each application is not “millions of dollars [as] described by some others.” Requiring vape shops to shell out six figures to get approval to sell a product is unreasonable and borderline punitive.

It’s questionable whether small businesses ever had a chance. According to the FDA’s August press release: “Based on existing scientific evidence and the agency’s experience conducting premarket reviews, the evidence of benefits to adult smokers for such products would likely be in the form of a randomized controlled trial or longitudinal cohort study … Because this evidence was absent in these applications, the FDA is issuing marking denial orders.”

This may be news to the FDA, but most businesses do not have the means to conduct randomized controlled trials or longitudinal cohort studies.

The FDA’s standards favor the biggest players in the e-cigarette industry. Large, well-financed companies like Juul may have the ability to conduct such rigorous, scientific testing, but small, new, and underfunded businesses cannot.

More importantly, these process-based barriers are not weeding out stores that sell unsafe products. It’s not about what products are safe and what products are dangerous. It’s all about who has the money. These new regulations target those who lack the resources and capital to jump through the regulatory hoops. That’s not only unfair, it’s also anticompetitive.

When the government picks winners and losers in the market, consumers are always harmed. In this situation, less competition means less choice and higher prices for smokers trying to quit.  Smoking cessation is already a difficult undertaking. The FDA is poised to make it harder.

It remains to be seen how many, if any, smaller manufacturers make it through the PMTA process. As the owners of VaporSalon rightfully noted on their business’s Facebook page, the FDA has “overreaching, over-burdensome regulations... small businesses were never, ever going to be successful in completing.”

Rachel Chiu is a Tobacco Harm Reduction Fellow for Young Voices. Her writing has been published in USA Today, The American Conservative, RealClearPolicy, and elsewhere. Follow her on Twitter: @rachelhchiu.