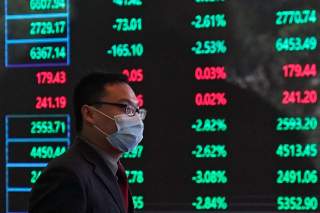 So far the UK has managed to avoid major problems with coronavirus. But it is succumbing to fake news about the virus and its alleged links to 5G or vaccines.

As the BBC reports, “The Stop 5G UK group has more than 27,000 members, one of whom has posted this: “I’ve heard it’s not a serious ‘Virus,’ it’s about as bad as a flu or cold. So really this is a perfect plan to cover up EMF/5G related illnesses.” Another group post suggested “It is becoming pretty clear that the Hunan coronovirus [sic] is an engineered bio-weapon that was either purposely or accidentally released.”

The anti–vaxxers and other assorted idiots who think COVID–19 is either a plot by the Chinese or US governments to kills us all are making the jobs of Facebook and Google (Youtube’s owner) harder. Patrolling for fake news, while allowing free expression, is a difficult job and we shall see if they are up to the task.

This article by Roger Bate first appeared at the American Enterprise Institute.