Fear Them: Why the U.S. Marines Will Totally Kill You in a War 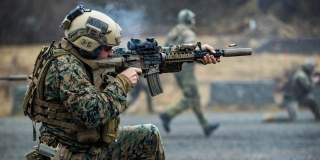 Key Point: The U.S. Marine Corps prides itself on being America’s 911 force—a fire brigade that the president can call upon to fight the nation’s battles in an emergency.