Fewer Than Half of American Homes Have 'True Broadband' 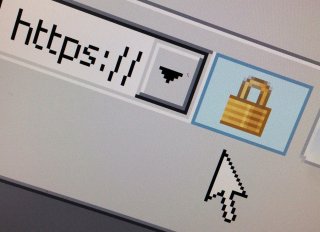 The continued effort to bring broadband to rural areas of the country has been in the news recently. Last year’s bipartisan infrastructure bill allocated $65 billion to “help ensure that every American has access to reliable high-speed internet through a historic investment in broadband infrastructure deployment.” The funding will also go toward projects to lower prices for internet service.

“Broadband internet is necessary for Americans to do their jobs, to participate equally in school learning, health care, and to stay connected,” a White House fact sheet said. “Yet, by one definition, more than 30 million Americans live in areas where there is no broadband infrastructure that provides minimally acceptable speeds—a particular problem in rural communities throughout the country.”

A Long Way to Go

The research firm NPD Group released data this week showing that only about half of the homes in the United States have download speeds of 25 megabits per second (Mbps) or higher, which is the baseline for “true broadband.” More than 30 percent of households have access to speeds of less than 5Mbps, and 15 percent have no internet access at all.

“The so-called digital divide is a result of many factors including availability of suitable internet services and the affordability of services that are available in more rural parts of America,” Eddie Hold, president, NPD Connected Intelligence, said in the release of the Broadband America report.

“But there is potential for this situation to improve relatively quickly, as a result of the American Rescue Plan Act and the Infrastructure Investment and Jobs Act, which are providing key subsidies for deploying faster internet services, as well as funding the Affordable Connectivity Program which provides subsidized internet service to lower-income homes.”

Meanwhile, Comcast announced on Tuesday that it is increasing broadband speeds in the Northeast. The “extra boost” will increase speeds in fourteen states at no additional cost.

“Faster speeds will give Xfinity customers added capacity to power all their WiFi-connected devices in the home,” said Kevin Casey, Comcast Northeast Division President, said in the press release. “Through our smart, fast and reliable fiber-based network, continued innovation and our people, we bring our customers unbeatable internet with the best connection, complete security, faster speeds and the best tech available.”