Fighting Back: How Ukraine Upgraded Its T-64BM Bulat Tanks to Stop Russia 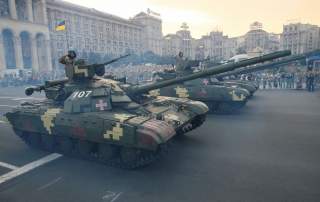 Key point: Kyiv found a way to give its aging tanks much better armor.