Finance Expert Refutes Claim That African Countries Are Borrowing Too Much - in Fact, They're Paying Too Much 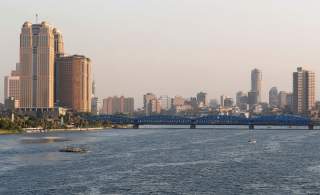 There is renewed concern about the sustainability of rising debt levels in many African countries. Much of this debt is being incurred through foreign currency denominated Eurobonds issued on international financial markets. The total value of Eurobonds issued between 2018 and 2019 was more than the value of all bonds sold between 2003 to 2016.

The International Monetary Fund (IMF) believes that African countries are on a Eurobond issuing spree and half of them are near or at distressed levels. It argues that African governments are piling on debt without evaluating the exchange rate risks and the real costs of repaying the debts.

But, in my view, the debt alarm being set off by international debt management organisations is exaggerated. The problem is not that African countries are borrowing too much, but rather they are paying too much interest. There are a number of reasons for this, including badly informed ratings by rating agencies, as well as the behaviour of issuers.

There are solutions. But these require African governments to stand up and take action.

There are two key elements that are taken into account in assessing a country’s debt burden. One is the level of debt based on the ratio of debt to gross domestic product (GDP). The other is the cost of servicing the debt – interest payments.

Debt levels on the continent, for example, are on average way below the 100% debt-to-GDP ratio mark. But the impression created is that they are much higher. This exaggerated perception of African debt levels has resulted in countries paying higher interest rates on debt. The premiums are much higher than those paid by other countries. In my view these are not justified by the risk profile of African countries.

Save for four countries –- Cape Verde, Djibouti, Congo and Mozambique –- all the other African countries have debt-to-GDP ratio averaging 60%. A debt-to-GDP ratio of 60% is the IMF’s and African Monetary Co-operation Program’s threshold for prudent debt levels.

The scale of debt issuances in Africa amounts to only 1% of the continent’s total GDP annually – whose average annual growth rate is 4%. In simple terms, this means the value of income generation is higher than the rate of government debt accumulation. These ratios gives a snapshot of the a country’s fiscal sustainability.

African governments are paying interest of 5% to 16% on 10-year government bonds, compared to near zero to negative rates in Europe and America. On average, the interest repayment is the highest expenditure portion and remains the fastest growth expenditure in sub-Saharan Africa’s fiscal budgets.

The rising interest rates on Africa’s debt should be of major concern. African countries are shortchanging themselves by accepting high yield curves in their Eurobond Initial Public Offerings. This unjustifiably cements the perception that they are high-risk issuers.

The high interest rates are driven by several key factors. First, the mismatch between the short-term duration of the debt that African governments have taken on by issuing Eurobonds compared to the long-term nature of the infrastructure projects they propose to fund with the money raised through Eurobonds. The excessive need to attract investors is forcing African governments to borrow short-term to finance long-term projects.

Second, fungibility of Eurobonds proceeds – flexibility to be utilised for purposes other than the ones they were raise for – exposes the funds to the downside vulnerabilities of misappropriation and nonproductive expenditures.

Third, poor credit ratings as the majority of countries are in junk status. Credit ratings are pivotal in determination of both interest rates and the demand for bonds.

Despite consistent positive economic growth averaging 3.6% among 32 rated African states, data show that the number of downgrades and negative outlooks are almost double that of upgrades and positive outlooks. This implies that African countries are now worse off than they previously were. This overlooks the continent’s significant progress in governance, economic growth and human development over the past years.

Take Ethiopia. It has a current economic growth of 8.5% and has been hovering between 8%-11% for over 10 years. But it has not had a single upgrade activity from any of the three international rating agencies.

Senegal, one of Africa’s most stable countries, experiencing three peaceful political transitions since its independence in 1960, has maintained an economic growth averaging 6% over the past 10 years. It still remains in junk status rating.

Some of what drives higher interest rates also rests with Africa governments. For example, a lack of sufficient information about the specific ‘use of proceeds’ in prospectuses during Eurobond Initial Public Offerings is magnifying the risk of fiscal indiscipline. It means that funds have no conditionalities or any lines of accountability.

It is also the case that governments use the money they raise on loss-making projects and nonproductive fiscal expenditure. Two examples illustrate the point: the failing Kuraz mega sugar project in Ethiopia was funded from the 2014 Eurobond as was the Kenyan Standard Gauge Railway (SGR) which is failing to stimulate any new economic activity.

African countries can act to address the rising interest burden, and to avert falling into a debt trap through the following mechanisms: