In First Trip Abroad Since February, Putin Will Visit Tajikistan and Turkmenistan 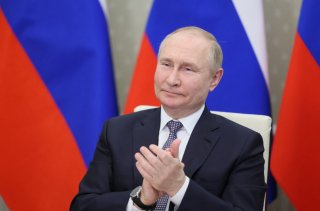 Russian state-run media announced over the weekend that President Vladimir Putin will visit Tajikistan and Turkmenistan, two small Central Asian nations and former constituent states within the Soviet Union, in his first foreign trip since Russia invaded Ukraine on February 24.

The news was made public by Pavel Zarubin, a reporter for Russia-1, the country’s most popular television network. Zarubin indicated that Putin would meet Tajikistan’s longtime leader Emomali Rahmon in Dushanbe, that country’s capital, before attending a leadership summit with other nations that surround the Caspian Sea. That meeting is likely to be Putin’s first encounter with new Turkmen president Serdar Berdimuhamedow, who succeeded his father Gurbanguly Berdimuhamedow in March following a dubious free and fair election. The leaders of Iran, Kazakhstan, and Azerbaijan are also scheduled to be present.

Putin has not left Russia since early February when he attended the Winter Olympics in Beijing. That visit, during which Putin and Chinese president Xi Jinping declared a “no limits” partnership, has been interpreted as an attempt to inform Beijing about the upcoming invasion of Ukraine and secure the assent of key Chinese officials.

Central Asia has largely remained neutral in the ongoing Russo-Ukrainian War. In the United Nations (UN) General Assembly’s vote condemning Russia for its invasion, Tajikistan, Kazakhstan, and Kyrgyzstan abstained, while Turkmenistan and neighboring Uzbekistan were not present. In Central Asia, only the Islamic Republic of Afghanistan—a government that no longer exists, but whose officials in New York have retained the country’s UN seat until the organization recognizes the Taliban—voted in favor of the resolution. At the same time, none of the Central Asian nations came out in support of the Kremlin, and only five nations in the world—Russia, Belarus, Syria, North Korea, and Eritrea—voted against the UN measure.

Russia has largely maintained cordial and stable relationships with Central Asian states following the collapse of the Soviet Union in 1991. Kazakhstan, Tajikistan, and Kyrgyzstan are allied with Russia in the Collective Security Treaty Organization, a joint military pact sometimes referred to as the “Eurasian NATO.” CSTO forces were instrumental in stabilizing the government of Kazakh President Kassym-Jomart Tokayev during “Bloody January,” a series of riots in Kazakhstan at the beginning of the year over proposed subsidy cuts.