Five Ways Russia Could Have Won the Cold War 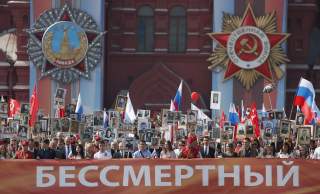 Tom Nichols is Professor of National Security Affairs at the Naval War College and an adjunct at the Harvard Extension School. His most recent book is No Use: Nuclear Weapons and U.S. National Security (University of Pennsylvania, 2014) The views expressed are his own. You can follow him on Twitter:@TheWarRoom_Tom. This first appeared in June 2014.