This Footage Shows a Russian Su-27 Fighter Making a Sharp Turn Near a U.S. F-15C Fighter 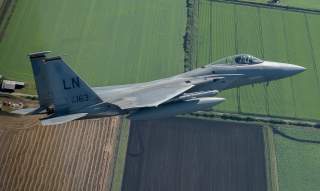 In the most recent illustration of ongoing Russia-NATO military tensions over Baltic airspace, newly released footage shows a Russian Su-27 fighter making a sharp turn into an American F-15C.