The Ford-Class Aircraft Carrier Has Some Serious Issues to Fix 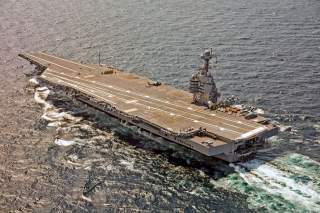