Foreign Fighter Problem: What the War in Rhodesia Means for Ukraine 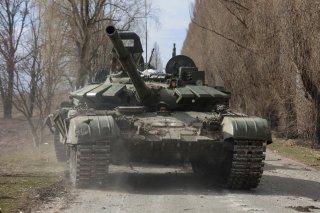 With an apparent stalemate in the full-scale war in Ukraine, concern is rising among governments and within the counterterrorism community that extremists will pour into the country. For nearly a decade, a number of Western neo-Nazis have traveled to Ukraine to fight Russian incursions under an array of far-right militias. The most notorious, the Azov Battalion, attracted over 2,500 Western “ethnic nationalists.” There is already plentiful evidence of Americans traveling to join the latest conflagration. Parallels come to mind between foreign extremist participation in the Rhodesian Bush War (1964-1979) and that of foreign fighters in the current struggle between Russia and Ukraine. Then, the United States was recovering from a calamitous war in Vietnam; now it is recovering from two decades of war in Iraq and Afghanistan. In both situations, many soldiers were disillusioned and angry at their government and eager to make amends.

When the Rhodesian Bush War broke out in the 1960s, it was quickly understood as an existential threat to minority white rule in southern Africa. Ian Smith, the Rhodesian prime minister, portrayed the war in racial terms, declaring “the white man is master of Rhodesia. He has built it, and he intends to keep it.” Accordingly, the conflict quickly captured the attention of sympathetic spectators across the Western world. Foreign fighter groups from over fifteen countries, including the United States, descended on the region to defend the regime.

Rhodesia provided an ideal venue for the far right, particularly frustrated or idealistic combat veterans—a guerrilla war, framed as both a racial and anti-communist struggle, provided both familiarity and urgency for possible travelers. In fact, spikes in American white supremacist activism have frequently followed the end of U.S.-led wars. This case was no different, as a sizable contingent of the several hundred American volunteers were veterans of the Vietnam War. The Americans took the nickname “Crippled Eagles”—an ode to their feeling of abandonment by their government after Vietnam.

The role of ideology among foreign fighters in Rhodesia, as opposed to the opportunity for pay, is not necessarily clear. Although many claimed to enlist because of the U.S. government’s refusal or inability to stop the spread of communism on the African continent, and some were motivated by a desire for adventure, others were more explicit about their racial justifications: “what we have here is an ideal core of white people who are able to raise the standard of living among the Africans,” one American mercenary explained. “Without us, conditions will decline rapidly.”

Other African conflicts have also precipitated foreign fighter flows—such as the Nigerian, “Biafra” civil war, 1967-70, which left up to two million dead. The Igbo-dominated, mostly Christian, southeast region of Nigeria sought to withdraw from the then-Muslim-dominated Federation and become an independent state. Westerners, if not their governments, were generally sympathetic to the Biafran cause, and both Biafra and the Federation used foreign mercenaries and volunteers. Foreign fighters appear to have had little impact on the outcome of the war, but the material, “humanitarian” assistance provided by sympathetic groups to Biafra probably prolonged the struggle. Unlike in Rhodesia, however, Western supporters of Biafra were neither white supremacists nor particularly associated with far-right groups. After all, both sides of the struggle were Black Africans without Rhodesia’s white settler dimension. Instead, the optic of many of them was that the war was a struggle between Christians and Muslims.

As in Biafra, it would be easy to exaggerate the impact of foreign fighters and mercenaries on the outcome of the Rhodesia war. More important was the pressure from the United Kingdom, the United States, and other Western states on the white-supremacist Smith government. The 1979 Lancaster House agreements that created “Zimbabwe-Rhodesia” in fact largely preserved white economic privilege. But that outcome was influenced hardly at all by the presence of Smith’s foreign fighters. (Zimbabwe’s subsequent descent into Robert Mugabe’s tyranny and economic collapse occurred decades after independence.)

Perhaps the lasting significance of the foreign fighters in Rhodesia, then, is one of legend and distorted memory within white supremacist and far-right groups. Even today, Rhodesia, like Apartheid South Africa, maintains its place in American far-right lore. Perhaps most notoriously, Dylann Roof, murderer of nine parishioners at the “Mother” Emanuel AME Church in Charleston, South Carolina, in June 2015, published his hate-filled manifesto on a website titled The Last Rhodesian.

Now, as during the 1970s, a contained conflict is captivating the world’s attention, inspiring financial, material, and manpower support to an embattled Ukrainian resistance. Will the current Russian invasion of Ukraine encourage a similar heightened engagement by white supremacist and far-right groups? And, if so, which side will they choose? Already large numbers of Western Europeans and North Americans are reportedly enlisting in the fight on behalf of Ukraine, while far-right groups have long been sympathetic to Vladimir Putin’s Russia.

The connection to white supremacist ideology in the Russo-Ukrainian war is not as evident as in Rhodesia (in fact, Russia is often worshipped by the Western far-right, and both sides are predominantly white), but the conflict is nevertheless attracting the disillusioned, the bored, and the broke. Far-right foreign fighters might mobilize on both sides—either to defend Europe or to support Russia. Mainstream Western opinion is overwhelmingly favorable to Ukraine, which might encourage more extreme travelers to join that side—especially given the conflict might be framed as an anti-communist crusade (as in Rhodesia) or a defence against Russia’s Muslim fighting contingent. And others more opposed to the concept of stability and Western liberal democracy might join the Russian side, perhaps in the hope of inspiring a broader conflagration that would suit their “accelerationist” aims at home. Regardless, foreign fighter flows are notorious for making conflicts bloodier and more widespread—a terrifying proposition given Ukraine marks the gateway to Europe and that the conflict already shows few signs of slowing. And, as after Rhodesia, the conflict’s legacy might inspire decades of white supremacists to come.

White supremacist foreign fighters in Rhodesia failed in their efforts to protect the white regime, but not before they supported and contributed to a conflict that lasted fifteen years and claimed tens of thousands of lives. Western white supremacists joining the cause in Ukraine, as modeled by the Crippled Eagles in Rhodesia, thus bears watching very closely.

Jacob Ware is the research associate for counterterrorism at the Council on Foreign Relations and an adjunct professor at Georgetown University’s Edmund A. Walsh School of Foreign Service.

John Campbell was formerly the Ralph Bunche senior fellow for African policy studies at the Council on Foreign Relations and is a former U.S. ambassador to Nigeria.