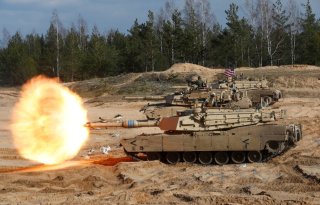 The dismal end of two decades of failed nation-building in Afghanistan in the summer of 2021 came with howls of protest in the press and a resurrection of Bush Era-style rhetoric that vigilant interventionism was needed lest the U.S. order collapse everywhere. If we don’t fight every fight, the logic goes, we cannot be expected to respond to the wars of choice of others. We must, we are told, “do something.” With the Russian invasion of Ukraine coming barely more than six months after the Afghanistan withdrawal, there is a tendency to conflate these issues as the United States showing weakness in one country somehow leading to a crisis in another, unrelated country.

But what the Ukraine War actually shows is the opposite. Regardless of what one may think about the advisability of U.S. intervention in the war or how important it is to American security interests; the fact of the matter is that the ability to respond to Russia’s incursion by funneling military and humanitarian aid to Kyiv has been facilitated by the lack of an Afghan millstone around the neck of Washington. There is nothing quite like the outbreak of a major conventional war to remind the world that logistics is the ultimate determining factor of power projection.

In a hypothetical world where Ashraf Ghani was still president of Afghanistan today, Russia’s invasion of Ukraine would have left U.S. policy planners with quite the dilemma. Kabul and Kyiv would be competing for military and financial aid that both would see as existentially vital. Similarly to how a United States bogged down in both Iraq and Afghanistan could barely lodge a protest to Russian invasion of Georgia in 2008, it is hard to see the vast stocks of military hardware and the supply chains necessary to make their delivery effective working as well in this alternative present scenario. As it is, the real world is already seeing a critical depletion of NATO ammunition and replacement part stockpiles. Warfare, especially that involving mass armies and great powers, is extremely resource-intensive. And currently, the United States is repositioning itself to counter the actions of revisionist powers in near-peer competitor postures.

The United States has an extremely favorable geographic location for both defense and being able to pick its battles. So long as it retains the decisive naval edge in the Atlantic and Pacific it remains able to judiciously choose its actions. Should Washington decide that defending smaller countries’ sovereignty from attack at the hands of rival great powers is the best path towards achieving its goals, it must reign in, not expand, its interventions of choice abroad. Such a posture would also make it philosophically consistent as a defender of smaller nations abroad rather than the antagonist it has often been in places like Middle East and Latin America.

Those who believe stymying Russian advances in Ukraine are of vital importance to the national interest of the United States would be wise to reject the narrative that interventionism as a default foreign policy posture increases the U.S. ability to take part in great power rivalry and oppose aggressive actions by rivals when it, in fact, does the opposite. It would be wise to look historically at such claims, when dire “domino theory” claims of disaster regarding the U.S. pullout from Vietnam floundered in the wake of the Sino-Soviet Split, the collapse of the Soviet Union, and the rise of the United States to unipolarity. The judicious use of force is as much a question of when not to deploy it as when it is. And debates about the desirability about global posture in light of the war in Ukraine should remain well aware of this principle.

Christopher Mott (@chrisdmott) is a Research Fellow at the Institute for Peace and Diplomacy and the author of the book The Formless Empire: A Short History of Diplomacy and Warfare in Central Asia.