Forget The F-35 and F-22: These Two Fighter Jets Almost Replaced Them 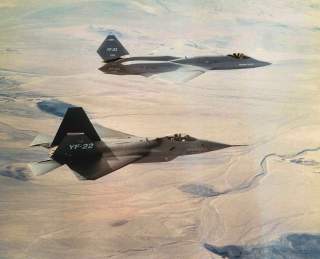 Key Point: How did the Pentagon decide on the F-22, and what impact did that decision have? We will never know, but going with the F-22 Raptor may have saved the Pentagon some major headaches.