Forget Stealth Fighters: Russia's Military Modernization Gets Down to the Basics 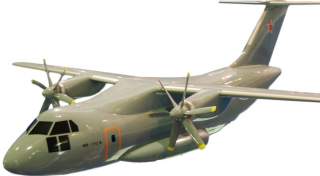 Russia’s new light military transport is undergoing final testing to enter into serial production the following year, with the first batch consisting of thirty-five units. The Il-112B variant of the canceled Il-112, announced in 2014 by Ilyushin CEO Dmitry Ragozin, is part of Russia’s ongoing program to modernize its aircraft lineup.

Ilyushin and Antonov were the two primary transport aircraft manufacturers of the Soviet Union. Ilyushin generally produced heavy transports, while Antonov handled light variants. Seeking to replace its aging An-24 and An-26, Russia initially signed a contract to purchase An-140’s from Ukraine in a joint venture.

The deal broke down in the aftermath of the 2014 Russia-Ukraine political crisis, leading the Kremlin to pursue to recommit to the Russian-made Il-112B as after several abandoned attempts in the early 2000s. The Il-112 project was halted and delayed so many times partly because the Ministry of Defense kept concluding that the production and R&D costs didn’t offer enough benefits over simply purchasing the already-existing An-140.

The Il-112B and An-140 are seemingly near-identical in design, but with a few minor specification differences. The Il-112B has slightly larger design dimensions and a maximum speed of 500 km per hour against the An-140’s 575 km per hour.

The Il-112B is powered by the 38 percent more power-efficient Klimov TV7-117 engine versus the An-140’s Klimov TV3-117, a significant difference that could translate into improved ranges and lower maintenance costs. The first test flight was slated for 2017, but the Il-112B is behind schedule due to shipment delays for the TV7-117

The Il-112B is rated to transport five tons over 1,200 km, but the very first prototype reportedly struggled to meet this target because it exceeded the government’s weight specifications. Chief engineer Nikolai Talikov addressed the problem in a statement to Russian news: “we have discussed this issue with the military, and also with the cabinet of the Russian government. We laid out a detailed plan for reducing the plane’s weight.”

Talikov goes on to assure that these plans will not affect the plane’s structural integrity: “we are changing secondary designs that do not affect durability, implementing a reconfiguration, and integrating composite materials. We are not tampering with structural integrity. And we are maintaining the [plane’s] three major design parameters: range, carrying capacity, and [staying within the present] aerodrome classification.”

The Il-112B also boasts a new “President-S” onboard missile defense system from Radio-Electronic Technologies (KRET), a Rostec subsidiary. It is too early in the Il-112B’s production cycle to determine if—as with the Il-76—Ilyushin plans to produce specialized variants of the plane for such purposes as disaster relief. It is also capable of landing in aerodromes with no radio equipment, but this is a regular design feature of newer military aircraft.

India, which recently signed a joint venture with Russia in Ka-226T helicopter production, did not take up the Kremlin’s offer to co-produce the Il-112B. Still, the 112B is being advertised to New Delhi as a replacement for its Avro 748 fleet. An earlier model of the Il-112B was exhibited at the Aero India 2015 show.