Forget Your Glock. Ruger's American Pistol Is the Real Deal 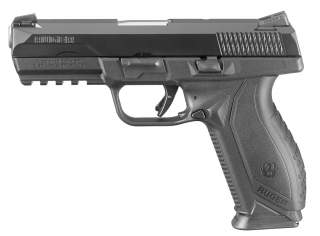 The Ruger American Pistol is like most pistols these days a locked breech, short recoil pistol. Unlike most pistols the serialized part—the part technically considered a firearm—isn’t the lower receiver but actually a removable chassis made of billet stainless steel that contains the fire control group.