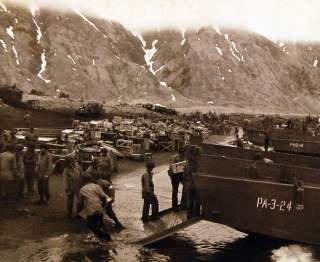 In the end, the American ships inflicted fourteen casualties on the Japanese cruiser Nachi, but the Salt Lake City was nearly crippled with the loss of seven sailors after being struck in succession by six 8-inch shells from the Japanese heavy cruiser Maya. The weaker American force disengaged at noon under the cover of a smoke screen, while the Japanese also withdrew, fearing the arrival of U.S. air support.