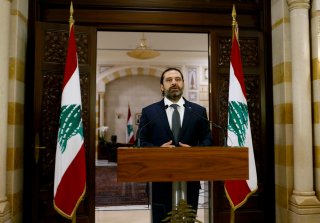 Saad Hariri, Lebanon’s former prime minister, has announced that he will not run in Lebanon’s upcoming parliamentary elections and plans to retire from his leadership of the Future Movement, one of Lebanon’s largest political parties.

The Hariri family, at one time one of the richest families in the world, has dominated politics within Lebanon’s Sunni Muslim community since the end of the country’s fifteen-year civil war in 1990. Within Lebanon’s political system, which distributes parliament seats according to sectarian quotas, nearly all Sunni legislators belong to the Future Movement. These legislators played a key role in elevating Hariri to the prime ministership in 2009 and again in 2016.

However, Hariri’s tenure as prime minister was ultimately ended by Lebanon’s financial collapse in October 2019, which led to one of the worst financial crises in the world. After waves of popular protests, Hariri resigned from office in January 2020 but remained in control of the Future Movement.

In announcing his decision to retire, Hariri blamed the country’s misfortunes on sectarian divisions, which he claimed had been actively stoked by outside actors. The former leader singled out Iran, the sponsor of the powerful Hezbollah militia movement and political party, for criticism.

“I am convinced that there is no room for any positive opportunity for Lebanon in light of Iranian influence, international disarray, national division, sectarianism and the collapse of the state,” Hariri said.

During his time in office, Hariri was regarded as a close ally of the Persian Gulf states, including Saudi Arabia and the United Arab Emirates, and an opponent of Iran. However, his relationship with the Gulf states deteriorated after he abruptly resigned during a 2017 trip to Saudi Arabia—apparently at the behest of Saudi crown prince Mohammad bin Salman—and then purged his domestic opponents. Lebanese president Michel Aoun refused to accept Hariri’s resignation, and it was rescinded after the prime minister returned to Lebanon.

Hariri also announced that the Future Movement as a whole would boycott the country’s upcoming elections, scheduled for May 15.

“I’m suspending work in political life and so is the Future Movement. And I’m not running in the elections, nor will the Future Movement,” the former leader said. “We are staying in service of our people and nation, but our decision is to suspend any direct role or responsibility in ruling, representation, or politics in the traditional sense,” he added.

Lebanon’s last elections took place in 2018, before the 2019 financial collapse and the August 2020 ammonium nitrate explosion that leveled much of downtown Beirut.

While an estimated three-fourths of Lebanese citizens have fallen into poverty as a result of the financial collapse, Hariri’s personal wealth is estimated at $1.7 billion. The country’s current prime minister, Najib Mikati, is Lebanon’s richest man with a personal fortune of roughly $3 billion.