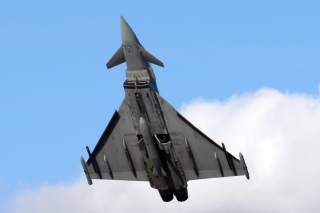 While the United States has invested heavily in stealth technology to penetrate air defenses, Russia continues to invest in air-defense technology to meet this threat and ensure that any NATO war plans involving Russian airspace are forced to risk mitigate a sophisticated anti-access area denial (A2/AD) operating environment.

Russia employs an integrated air-defense system comprising a layered structure of long, medium and short-range air-defense systems, which have evolved significantly since the fall of the Soviet Union. We often hear news reports regarding the remnants of old Soviet surface-to-air weapon exports around the globe involved in shooting down enemy aircraft as well as disastrous incidents involving allied aircraft and civilian airliners. The fact is that Russian built air-defense systems are ubiquitous, much like the AK-47 assault rifle and have been deployed in many hotspots since the end of the Cold War including Kosovo, the 2003 invasion of Iraq, the 2008 invasion of Georgia, the 2014 invasion of Ukraine and the current war in Syria to name a few. While aging systems are still in service, it is important to note that Russian airspace is protected by the newest technology.

The recent Vostok (West) 2018 exercise involved Russia’s integrated air-defense system responding to a simulated massed aerospace attack. The exercise incorporated surface-to-air defenses with ranges across the spectrum including the long-range S-300 and the newer S-400, the medium-range Buk and the shorter-range Tor and Pantsir-S1 systems. Russia’s modern air-defense network includes equipment designed to combat aircraft at various altitudes, drones and cruise missiles. This demonstration of systems dealing with massed aerial targets clearly was designed to demonstrate to NATO that Russia is indeed a minefield for any enemy aircraft daring to penetrate its airspace.

The United States Air Force is the most advanced of its type in the world and has an excellent track history of dealing with enemy air defenses using electronic-warfare techniques, stealth technology and calculated suppression of surface-to-air missile systems using cruise missiles such as the tomahawk, launched from naval vessels. Most of the air defenses faced by the USAF have been the dated Soviet systems as mentioned. It has not, however faced a formidable air defense network like that seen within Russia’s borders. For all the shortcomings of the Russian army seen during the war in Chechnya and invasion of Georgia in 2008, it would be folly to underestimate the aerial-defense fortress that Russia has modernized and deployed to combat the West’s preoccupation and reliance on advanced air power.

Michael Kofman, in his recent piece regarding the proposition of permanently basing U.S. military forces in Poland largely opposes the term A2/AD as it reduces military analysis of Russia to “angry looking red circles on a map” and offers no insight into real conflict. I disagree with this. Those “angry looking red circles on a map” represent an aerial minefield that NATO planners will have to either neutralize with great difficulty or circumnavigate in the event of conflict.

An excellent case study regarding the effectiveness of ground-based air defense is the 1973 Yom Kippur War. Rather than measuring success in terms of the number of Israeli aircraft shot down in the conflict against Egypt, a declassified CIA publication demonstrates the effectiveness of the Soviet made surface to air-missile systems in terms of disrupting Israeli strike missions. This study illustrates that Egyptian ground forces were spared significant damage in some instances as the IAF was reluctant to operate over Egypt’s main air-defense zone. The challenges faced by the Israeli aircraft in 1973 are but a small taste of what NATO would face if it dared to venture into a heavily defended Russian air-defense zone.

Russian air defenses have range, accuracy and mobility on their side. The S-400 alone is a highly mobile system with a reported range of up to four hundred kilometers against certain aircraft. This range envelopes not only the Baltic States whilst deployed in Kaliningrad but also large portions of Poland. Regardless of whether one believes Russia has plans to invade the Baltic States or not, it is crucial that war planners acknowledge the reality that any Russian ground force that enters this territory will be covered by a mobile and highly capable integrated air-defense system.

This brings me to the point of effectively penetrating such a system or at the very least, sending a strong message to Russia that their system can be penetrated, thus deterring Russian president Vladimir Putin from miscalculation based on overconfidence. The best way to deal with air defenses is to avoid them altogether, but based on the specifications of these layered air defenses working together, this will be difficult if contemplating an aerial foray into Russian airspace.

The next option is to rely on suppression tactics utilised in past conflicts such as electronic warfare, air-to-surface anti-radiation missiles, tomahawk cruise missiles and stealth technology. The problems faced with these methods are cost, reliance and potential failure to knock out every system. The quantity of missiles and aircraft required to suppress each system to make it ineffective would be substantial and it must be noted that many of these weapon systems have a purported ability to take down cruise missiles which are relatively slow-moving targets. The highly mobile nature of Russia’s air defenses also make them difficult to suppress as attacking aircraft must determine their location which can regularly be altered quickly using fire and movement and tactics.

With the level of research and development invested in stealth technology one may argue that these aircraft would be invisible to Russian ground radar. This could not be further from the truth. While the B-2 bomber is an excellent platform and returns a low radar signature, it is not impervious to developing radar systems and attack aircraft. The expensive F-22 and F-35 fighters are even less impervious due to their angled shape and design which is required for manoeuvrability of fighter aircraft. Stealth technology can and has been defeated in the past, as demonstrated by the downing of an F-117A over Serbia in 1999. It is not an impervious invisibility cloak and Russian advances in air-defense and radar technology ensure that stealth aircraft have a shelf life. The up and coming S-500 long range system has the potential to cut short this shelf life significantly but this remains to be seen.

So how does NATO effectively counter this advanced modernised integrated air-defense system? With conventional suppression tactics and methods the answer is, with great difficulty. The alliance requires a reliable option that will not only be an effective warfighting tool but will also signal to Russia that their air-defense network can and will be penetrated with great loss to their forces if they push the envelope and attempt a move against NATO countries including the Baltic States.

The answer is the low-yield SLBM proposed in the 2018 Nuclear Posture Review. Although analysts have questioned the need for such a system considering the LRSO missile is replacing the very aged ALCM and the low-yield SLCM is also being proposed long term, it must be acknowledged that these are cruise missiles and are not guaranteed to penetrate Russia’s advanced integrated air-defense system. When deployed, the LRSO missile and SLCM will be advanced weapon systems providing a flexible response to counter a potential Russian threat, however there may be instances where they are not appropriate options to penetrate modern air-defenses such as the S-400 and up and coming S-500. The low-yield SLBM is a ballistic missile with far greater penetrability than a relatively slow moving cruise missile. It also provides significantly shorter flight times for a rapid response when required. In a crisis where a mobile weapon system such as a Russian nuclear tipped Iskander missile protected by air-defense systems needs to be eliminated, the low-yield SLBM could provide the flexible and proportionate response required.

The 2018 Nuclear Posture Review aims to fill the gap in U.S. flexible strike options and aid in deterring potential enemy aggression. The Russians have invested significant time and resources in creating an A2/AD environment. A major component of this environment is its integrated air-defense system, which is arguably the most advanced and capable in the world. It is crucial that NATO deploys flexible and capable options such as the low-yield SLBM in combination with other nuclear and conventional forces to counter overconfidence in A2/AD capabilities and miscalculation. A failure to adequately comprehend limitations could result in a great power conflict. The key to conflict avoidance is to deploy and develop flexible options in order to boost deterrence.