In France, the Far Right is Making a Comeback 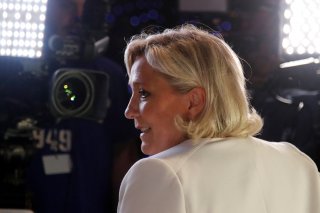 The next presidential election in France is scheduled to take place in roughly six months, on April 10, 2022. If a single candidate fails to gain 50 percent of the vote, the most likely outcome, then a second runoff vote will be held in two weeks, on April 24.

While much of France’s public discourse surrounding the election has concerned French President Emmanuel Macron, whose approval ratings have remained largely underwater since the onset of the “Yellow Vest” protests in late 2018, and his prospects for re-election. A second surprising trend, however, has been the rise of France’s far-right, which has steadily gained in the polls in the run-up to the election.

Because only one of the two candidates is likely to advance to the runoff, it is reasonable to conclude that Zemmour’s supporters would vote for Le Pen if she made the runoff, or vice versa—giving the French right a total of 32 percent of the vote. The same poll estimated that the French left would receive only 25 percent overall, split between the Green Party, Communist Party, Socialist Party, and “France Unbowed” party.

While Le Pen has moderated the party’s stances and toned down several of its Eurosceptic policy proposals, the National Rally—known as the National Front until 2018—remains unpopular in France. Many French pundits have speculated that in the event of a runoff, the remaining sides of the political spectrum would unite against the far-right candidate, no matter who his or her opponent is. This situation has prominently occurred twice in French history: in 2017, when Macron defeated Le Pen 66 percent to 33 percent; and in 2002, when then-President Jacques Chirac annihilated Le Pen’s father, long-time French far right leader Jean-Marie Le Pen, 82 percent to 17 percent, the largest margin of victory in French history. (At the time of the election, Chirac’s overall approval rating was below 20 percent, an indication of the extreme opposition to the elder Le Pen.)

The news that Zemmour, who has not yet declared his candidacy in the race, had overtaken Le Pen came as a surprise to many pundits, who noted that he had maintained far-right positions as Le Pen had attempted to moderate hers. Among other notions, Zemmour has vilified Muslims and defended the white supremacist “Great Replacement” conspiracy theory, which suggests the existence of a conspiracy to replace white European populations with dark-skinned immigrants.