FTC’s Case Against Qualcomm May Be Collapsing 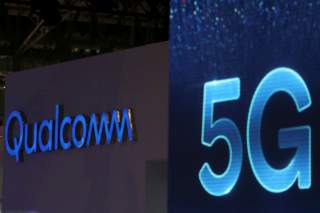 Yet, in a recent court case brought by the Federal Trade Commission, Qualcomm, this country’s foremost 5G developer, was found guilty of anti-competitive behavior and ordered to provide its customers, including rival Chinese telecommunications companies, with critical 5G intellectual property. The judge’s ruling against Qualcomm was based on faulty reasoning and was made despite a lack of concrete evidence of anti-competitive behavior. Moreover, the judge totally ignored briefs supportive of Qualcomm filed by the Departments of Defense and Energy, warning of the severe damage to national security that would result from a verdict against the company. Fortunately, the Ninth Circuit Court of Appeals appears likely to overturn the lower court’s decision.

5G networking technologies hold forth the promise of radically increasing connectivity and expanding both the amount of data that can be transmitted and the speed at which information can move. 5G will make it both easy and useful to connect all the devices, platforms and systems we use in daily life. According to the Cyber Council of the Intelligence and National Security Alliance, “Whichever country comes to dominate 5G infrastructure – through hardware, software, and technical standards – is likely to have enormous economic and commercial advantages across the global economy.”

5G networks also will be critical to the ability of the U.S. military to develop forces and operating concepts based around distributed lethality and multi-domain command and control. With a 5G network, the entire military will share a common operating picture and be able to link any sensor to any shooter.

Today, the United States is in the fight of the twenty-first century with China over who will dominate the 5G environment. The threat of Chinese espionage should companies such as Huawei be allowed to participate in the construction of U.S or allied networks is considered to be extremely serious. The Trump administration has warned some friendly countries that the United States might impose economic sanctions on them should they allow Chinese companies to help build their networks.

But a recent decision by a federal district court judge in an anti-monopoly complaint brought against Qualcomm by the FTC threatens to undermine U.S. economic and national security. Ruling in favor of the FTC, the judge engaged in an extraordinary act of judicial overreach by asserting that Qualcomm had “a duty to deal” with all potential customers. The judge ordered the company to renegotiate all its contracts and provide its customers, including rival Chinese firms, with its intellectual property. Given that Qualcomm is a leader in the semiconductor field and this country’s premier 5G technology company, the judge’s order, in effect, hands victory in the race for 5G to China.

Qualcomm responded by appealing the court’s decision to the Ninth Circuit Court of Appeals. It appears that Qualcomm may get a much fairer hearing this time. In its appeal, Qualcomm is being supported not only by the Departments of Defense and Energy, but by the Department of Justice (DOJ) too. The DOJ’s original brief before the district court argued that Qualcomm’s behavior is not monopolistic and the company does not exercise undue influence over the semiconductor industry. Equally important, the DOJ asserted that the district judge’s ruling would harm U.S. national security by “potentially undermining U.S. leadership in 5G technology and standard setting, which is vital to military readiness and other critical national interests.”

Recent oral arguments heard before the Ninth Circuit in FTC v. Qualcomm signaled significant skepticism about the lower court ruling that would upend the business model of the nation’s most strategically valuable semiconductor manufacturer. The judges did not dwell on the urgent national security arguments presented in amici briefs from the Department of Defense and the Department of Energy about the ruling against Qualcomm by the lower district court. But judging by the tone of the judges’ harsh questioning of FTC special counsel Brian Fletcher, however, the Ninth Circuit seemed to recognize the damage that the lower court’s imposition of ‘duty to deal’ provisions would have on Qualcomm.

This was one of the most dangerous provisions of that lower court ruling. Christine Wilson, the dissenting FTC commissioner critical of the lawsuit, wrote in The Wall Street Journal that the lower court’s ruling “invites the plaintiffs’ bar to file private antitrust suits against companies that decline to share their secret sauce—whether it’s a patent, an algorithm or an actual sauce recipe—with competitors.”

If enacted, this standard would become a cancer on American innovation, with deep harm to national competitiveness and national security. Judging from the sharp questioning and commentary from the three-judge panel, that “duty to deal” provision now seems to be off the table. Judge Consuelo Callahan noted that the FTC “has conceded that the district court was wrong” in asserting that Qualcomm has a duty to deal with smart-phone makers and rival chip manufacturers. “The house of cards starts to fall if you pull that out,” Judge Callahan told Fletcher.

From a national security viewpoint, we can likely say goodbye to a ruling that would have forced one of the most strategically valuable companies in the United States to share its intellectual property with the national champions of our international rivals.

At the same time, court watchers warn us, a hearing is not a ruling. It will take a positive ruling from the Ninth for the threat to its business model—and the resulting impacts to national security—to disappear.