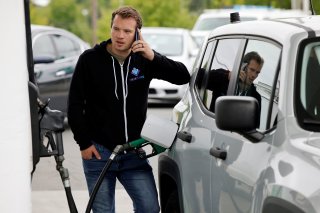 What goes up must come down, and that appears to have happened with gas prices.

But crude oil prices have jumped back above $70 per barrel, indicating a possible upward pressure on those prices. AAA also reported that Michigan and Indiana posted an average decrease of 5 cents over the last week, while several other states, including Arizona, Ohio, Utah, Illinois, and Wyoming, posted decreases of four cents.

“We just want answers. Since the Attorney General has a consumer protection division, we are asking him to use it to find out what’s going on,” West Virginia Senate Minority Leader Stephen Baldwin wrote in the letter, also noting that their constituents have been asking why gas prices have been rising by so much lately. The letter also pointed out that gas prices have risen faster than the price of crude oil has.

Also, the University of Kansas issued a report showing that the cyberattack earlier this year on the Colonial Pipeline had less of an effect on gas prices than previously believed.

“We found the resulting increase in gas prices to be far less than the media initially reported,” Tsvetan Tsvetanov, an associate professor of economics at the University of Kansas, said in the report.

“When looking at the six days from the closure to its reopening, there’s barely any price effect until the very end of this period,” Tsvetanov said. “What we really saw was delayed and persistent impacts. So when we read in the news how the problem had been solved and the pipeline’s being reopened, that’s actually when we truly began to feel the effect of this.”

In the Colonial Pipeline attack, a group of hackers took control as a result of a compromised password. The pipeline company agreed to pay a $4.4 million ransom, but a little bit more than half of that money was later recovered.

The pipeline incident was one of several disruptions to gasoline supply this year, with others including hurricanes, as well as the spring deep freeze in Texas. Those all proved to have a temporary effect, if that, on gas prices, although changes in demand and supply issues related to OPEC have ended up having a greater effect on what Americans have been paying at the pump this year.