Gas Prices Continue Dropping, Though Not as Quickly as Before 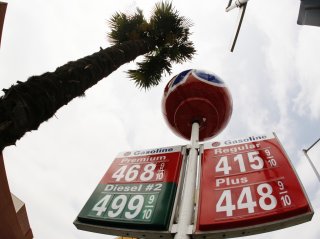 Gas prices in the United States are still much higher than they were a year ago, but this week, they’ve gone slightly lower.

The average price is now $3.29 a gallon as of Thursday, a penny less than it was on Monday. Gasoline stocks decreased, while demand fell as well, according to AAA.

“Typically, falling demand and increased supply would support higher drops in pump prices, but fluctuations in the price of crude oil have helped to keep pump prices elevated. If crude prices continue to climb, pump prices will likely follow suit,” AAA said in its blog post this week.

Earlier in the week, GasBuddy had reported that the average gas price in the United States had dropped for the sixth consecutive week, down to $3.30 per gallon. The price of gas had dropped 11.1 cents over the course of the last month, although it remains over a dollar higher than at this time last year. The most frequently encounter gas price in the United States on the week was $2.99 per gallon.

The Omicron surge has continued to loom large when it comes to gas prices and which direction they’re going.

“For yet another week, average gasoline prices continue to fall as omicron cases surge, leading oil demand, and thus oil prices, to stall. The decline in gas prices will likely continue until new Covid cases slow down,” Patrick De Haan, head of petroleum analysis for GasBuddy, wrote in a blog post.

“With gas prices very likely to continue declining this week in most states, we may see Christmas gas prices fall just under their all-time high on the holiday, which was $3.26 in 2013,” De Haan said.

De Haan noted that he doesn’t anticipate gas pricing rising again for the rest of the year.

This week, CNBC looked at the question of why oil companies haven’t responded to the rise in gas prices by drilling more.

The root cause has more to do with Wall Street than politics. The “financial pressure on oil companies from a decade of cash-flow losses that have made them change financial tactics,” leading to much less investment in new wells and therefore much less oil production, according to CNBC.

“You have a cartel that is traditionally as disciplined as Charlie Sheen’s drinking, and for the last year they’ve been as disciplined as Olympic gymnasts,” Tom Kloza, president of Oil Price Information Service, told CNBC.