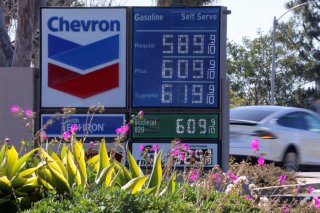 Mohammed Barkindo, the Secretary General of the OPEC international oil cartel, warned on Tuesday that cutting Russia off from the international oil market would result in substantial immediate increases in oil prices and unpredictable results in the long run.

In his remarks to CERAWeek, a high-level conference of energy executives, Barkindo insisted that even at their greatest capacity, OPEC members could not accommodate the global oil market if Russia were shut out. “We have no control over current events, geopolitics, and this is dictating the pace of the market,” the secretary general said. Russia exports roughly seven million barrels of oil per day, making it the world’s largest exporter, according to Reuters.

President Joe Biden said on Tuesday that the United States would ban all imports of Russian energy and that tankers with Russian oil would no longer be allowed to enter American ports.

As the United States has considerable domestic oil production and imports a small fraction of its oil from Russia, the U.S. ban alone would not cause significant disruption to the global oil market. However, the risk of future sanctions against Russia from larger importers and the financial turmoil caused by other sanctions on Russia, including the ban from the SWIFT financial system, has led to a spike in oil prices. Tuesday’s average price of around $130 per barrel was the highest level since 2008.

“The decision today is not without cost,” the president admitted, acknowledging that unrest in oil markets worldwide would lead to higher gasoline prices for Americans, even if the American market was not directly linked to Russia’s exports. Earlier in the week, the average price of gasoline crossed $4 per gallon, also its highest level in more than a decade.

International sanctions have weakened Russia’s economy, shutting down much of its international trade and roughly halving the value of the Russian ruble on the foreign exchange market. However, until this week, Russian oil and gas had not been sanctioned, largely owing to many European nations’ continued dependence on it for heating and electricity generation.

At the same time, Russia’s economy is highly dependent on hydrocarbons, and isolating its oil industry would cause far greater damage to its treasury than any step previously taken.

For this reason, Ukrainian president Volodymyr Zelensky has pushed the United States and the European Union to block Russian oil imports. However, several European leaders, including German chancellor Olaf Scholz, have explicitly ruled out an embargo on Russian oil.