Germany’s Leopard 2 Tank in Syria Was Beaten Badly in Battle. Why? 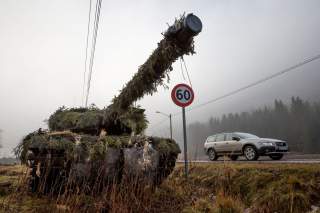 This was shockingly illustrated in December 2016 when evidence emerged that numerous Leopard 2s had been destroyed in intense fighting over ISIS-held Al-Bab—a fight that Turkish military leaders described as a “trauma,” according to Der Spiegel.

(This first appeared back in September 2018.)