Germany’s Nuclear Phase-Out Has Been a Disaster 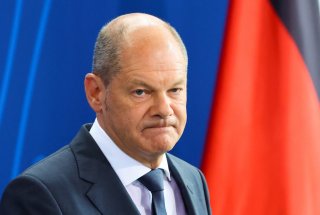 German scientists are warning that the national energy transition has pushed Germany into an energy shortage. “We demand an immediate stop to the nuclear phase-out,” wrote twenty renowned technological and economic scientists in the “Stuttgart Declaration,” which is being widely discussed in Germany. The continued operation of Germany’s nuclear power plants, they said, should be guaranteed “as the third climate protection pillar” alongside solar and wind power to secure Germany’s power supply and prosperity. “Rising energy prices and declining security of supply endanger competitiveness and prosperity,” the scientists warned. “With a one-sided focus on sun, wind and natural gas, Germany has been maneuvered into an energy shortage.” Fluctuating energy from wind and sun, the scientists pointed out, would require a huge network of power plants, power lines, and storage facilities, which is “only now being created” and in part has not yet even been designed since the technology is lacking.

As the history of Germany’s nuclear phase-out shows, government regulations are not bad per se. Yet, government environmental protection guidelines often do not achieve their well-intentioned goals and instead end up doing the exact opposite. Between 1957 and 2004, about 110 nuclear power stations were commissioned. In the 1970s and 1980s, the primary focus of environmentalists in Germany was to demand a phase-out of nuclear power. No issue was as important to the country’s environmental activists than to see every single nuclear power plant decommissioned. That is why the Greens, who today govern in a coalition with the Social Democrats and the FDP, have such a hard time with the issue. The fight against nuclear power is the most important component of their historical identity. To admit that they were wrong on such a key policy plank would call their identity into question.

A coalition government of Social Democrats and Greens was formed in 1998 and, two years later in 2000, regulated the end of nuclear energy for the first time in a contract between the Federal Republic and the nuclear power plant operating companies. In 2002, the German Atomic Energy Act was amended on the basis of this contract. A decision was made to extend the operating lives of nuclear power plants in 2010, but this decision was reversed in 2011 following the natural disaster at Fukushima. The last German nuclear power plant is scheduled to be decommissioned this year.

In 2011, the Fukushima disaster prompted Angela Merkel’s government, in a lightning move, to shut down Germany’s nuclear power plants much earlier than originally agreed. And yet it was not the accident itself (which did not cause even Japan to turn its back on nuclear power), but the fact that there were elections in the German state of Baden-Württemberg roughly two weeks afterward that led to Merkel’s swift policy change. In the heated pre-election atmosphere, Merkel wanted to rob the Greens of one of their key election issues. But even that did not work, and the Greens attracted a record number of votes and, for the first time in German politics, a German state elected a Green politician as minister-president.

One of the main reasons Germany has not made greater progress in the fight against climate change, despite its extensive efforts, is directly related to the decision to phase-out nuclear power. Germany has failed to reduce its carbon emissions by as much as it could have. In terms of environmental protection, France, for example, is in many respects no better than Germany. But while Germany has successively shut down its nuclear power plants, France’s share of nuclear power in its national energy mix is higher than any other country at about 70 percent. Germany ranked tenth in the overall Environmental Performance Index 2020 (EPI), while France ranked fifth. And this is mainly due to nuclear energy, because in the EPI’s separate Climate Protection Index 2020, Germany ranked just fourteenth, with France in fourth place.

In their 2020 EPI report, Yale researchers cautiously and diplomatically explained that “some analysts” may be of the opinion that Germany’s nuclear phase-out could harm the country’s progress in environmental performance. In less diplomatic, but more accurate, terms the Wall Street Journal declared that Germany is pursuing the “world’s dumbest energy policy.”

The main justification for Germany’s nuclear shutdown is the risks associated with using nuclear energy. But these risks are exaggerated beyond measure. A comparison of deaths per unit of energy generated (TWh) shows that nuclear energy kills 0.07 people, oil 18.4, and coal 24.6. Even hydropower is significantly more dangerous than nuclear energy.

Bill Gates makes a strong case for nuclear power in his book on climate change How To Avoid a Climate Disaster, insisting that “it’s hard to foresee a future where we decarbonize our power grid affordably without using more nuclear power.” That’s because “[n]uclear is the only carbon-free energy source we can use almost anywhere, 24 hours a day, 7 days a week.”

You’ll hardly ever hear about the fact that the latest generation of nuclear power plants is safer than its predecessors—most people aren’t even aware of the advances that have been made. Additionally, the problems with the final disposal of radioactive waste are largely exaggerated, and little publicity is given to the new reactors, which have almost entirely dispensed with this problem.

As the Massachusetts Institute of Technology (MIT) climate scientist Kerry Emanuel succinctly observed: “They can’t have it both ways. If they say climate change is apocalyptic or it’s an unacceptable risk, and then they turn around and rule out one of the most obvious ways of avoiding it [nuclear power], they’re not only inconsistent, they’re insincere.” In the meantime, the discussion has become more objective in some countries (though not in Germany), and even many environmental activists are now in favor of building nuclear power plants.

In California, more than fifty start-ups are currently working on the development of new nuclear technologies. Experts are already talking about “Nuclear Valley” as an offshoot of Silicon Valley. Bill Gates founded the company TerraPower in 2008 and, if it is successful, reactors could be operated with nuclear waste from other nuclear facilities. The example of nuclear energy shows that government intervention in the economy, even when environmental protection is given as a motive, is often not driven by rational environmental considerations but by populism and ideology. Centrally planned, state-run economies have always led to the greatest environmental problems. Nowhere was environmental pollution greater than in socialist countries such as the Soviet Union, East Germany, and Poland. Nothing is as damaging in the fight against climate change as blind faith in the state.

Rainer Zitelmann is a historian and sociologist and author of the book “The Power of Capitalism” https://the-power-of-capitalism.com/