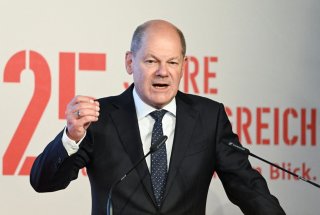 “Apparently, many Russians are leaving their homeland,” Buschmann wrote in German on Twitter on Wednesday night. “Anyone who hates Putin’s path and loves liberal democracy is warmly welcomed in Germany.”

Although it was initially unclear what effect, if any, Buschmann’s words would have on the German government’s policy, two parties within the governing coalition—the Greens and the Free Democratic Party, Buschmann’s party—later indicated that they would support offering asylum to Russians fleeing military service, according to Der Spiegel.

However, some lawmakers within the European Union (EU) objected to Buschmann’s proposal, including Riho Terras, a former Estonian general and current member of the European Parliament.

“European countries must not create a situation where Russian men arrive in the European Union as an uncontrolled mass,” Terras said, evoking negative comparisons between such an offer and previous German leader Angela Merkel’s policy of allowing Middle Eastern refugees into Germany during the mid-2010s migration crisis.

“Any mass border crossings from Russia into the border countries of the European Union would create opportunities for provocations and potential grounds for ‘little green men’ action,” he continued—referring to the Russian troops without insignia who invaded Crimea and eastern Ukraine in 2014. Instead, he recommended that Russians who sought to flee from Russia to avoid conscription should “fight at home for Russia to become a normal, democratic state that respects international law.”

Following Putin’s mobilization announcement and subsequent speculation that the number conscripted would be increased from 300,000 to one million, thousands of Russians sought to leave the country, leading nearly all flights from Russia to its visa-free countries to sell out and prompting long queues at most border crossings. Google searches for “how to leave Russia” and “how to break an arm” also spiked after the draft announcement. Meanwhile, protests against the war—largely dormant since a government crackdown in late February and early March and the passage of a law forbidding most criticism of the military—re-emerged after the announcement, leading to the arrests of more than 1,000 Russian demonstrators.

Estonia, Latvia, and Lithuania have already ruled out allowing asylum to any Russians, citing “security reasons.”