Germany Will Lead the EU's Ostpolitik Even After Merkel 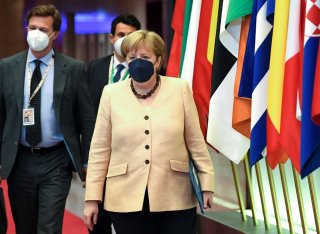 For fifty years there has been consensus among the mainstream political parties in Germany about relations with Russia. For historical, economic and political reasons, German Ostpolitk must engage Russia, however difficult the relationship. Isolation of Russia is neither feasible nor desirable and dialogue must always be pursued. This basic consensus will not change whoever becomes chancellor, although there may be new accents. Since Germany has until now crafted and led the EU’s Ostpolitik, Germany will continue to play that role, navigating a challenging path to build consensus between those countries which favor a tougher policy toward Russia—Poland, the Baltic states and the UK—and those who would like to improve ties with Moscow and lift sanctions—Hungary, Bulgaria, Italy, France and Greece.

Russia has become an issue in the current German election campaign because the Green Party—which was not part of the original Ostpolitik consensus—has advocated a tougher policy toward Russia. Unlike the mainstream parties—the Christian Democratic Union (CDU), Christian Social Union (CSU), Social Democratic Party (SDP) and Free Democratic Party (FDP)—it opposes the Nord Stream 2 gas pipeline for climate as well as geopolitical reasons and has focused much more on the deteriorating human rights situation in Russia. For that reason, Russian disinformation has targeted Green Party candidate Annalena Baerbock, who is running for the position of Chancellor. However, the Greens are also skeptical about NATO and want to spend less on defense, which is in Moscow’s interest. The extreme right and left in Germany—the Alternative For Germany (AFD) and Die Linke—favor much closer ties with Moscow—but they will not form part of the next ruling collation.

The most likely outcome of the German election will be a coalition government, probably led by CDU candidate Armin Laschet. If the Greens were to get the Foreign Ministry, then there might be more criticism of Moscow, but the Nord Stream 2 pipeline will likely be in operation by then. The Biden administration is negotiating with the current government to ensure that there are safeguards in the future for Russia to continue transiting gas through Ukraine, but of course, there are no guarantees that Gazprom would honor any agreement in the future and Ukraine could lose those transit revenues.

The next German government will continue to take the lead on the EU sanctions regime against Russia. These sanctions were first imposed in response to the annexation of Crimea and the launch of the war in the Donbas, and they have increased in response to the poisoning and imprisonment of Alexei Navalny. Several EU states have argued in favor of lifting the sanctions, but so far Germany has prevailed in keeping them on the books. It is unlikely that this will change unless Russia begins to take the actions necessary to implement the February 2015 Minsk Agreement designed to resolve the Ukraine crisis. France, which is more critical of sanctions and has tried its own “reset” with Russia in recent years, aspires to take over the leading role in fashioning the EU’s Ostpolitik from Germany, but so far has not succeeded.

Russia’s relations with the EU will continue to be generally adversarial, despite their economic interdependence. But ties to individual countries will vary widely from hostile to cooperative. This pattern will continue irrespective of who occupies the Chancellery in Berlin.

Angela Stent is the author of Russia and Germany Reborn: Unification, the Soviet Collapse and the New Europe, and  Putin’s World: Russia Against the West and With the Rest.