Germany's Navy Is a Total Embarrassment 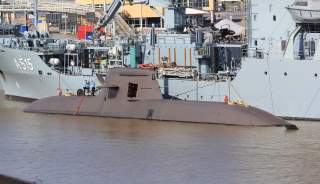 The German Navy’s current condition is a true “Schande;” an embarrassment for Europe’s wealthiest country. The German Navy needs to immediately advocate to increase its budget and capabilities.

In a country where good news stories about the military are few and far between, recent years have been kind to the German Navy (Deutsche Marine). Its vessels had been participating with its allies in counter-piracy operations like Operation ATALANTA off East Africa, and its ships have been involved in refugee rescue in the Mediterranean Sea as well as weapons interdiction off the coast of Lebanon.  Pictures of German Navy vessels assisting in the rescue of bedraggled refugees portrays the public face of the Bundeswehr in a way no Eurofighter or Leopard 2 tank ever can.

Public perceptions notwithstanding, the mission of the Marine is to fill its NATO commitments.  Unfortunately, due to poor planning and decision-making, and lack of funding, it is incapable of fulfilling its primary mission requirements.  Unless changes are made promptly and quickly, its capabilities will degrade even further over the coming years.  While it is nice to blame “budget cuts,” the Marine’s problems go well beyond a lack of money.  The German Navy has major problems with all its major components; submarines, surface ships, and what’s left of its naval air capability.

(This first appeared in Feb. 2018 in RealClearDefense here.)

The Marine has six Type 212 U Boats; none of which are currently operational. While German industry continues to sell similar vessels around the world, and some of its NATO allies operate them on very sensitive SIGINT missions into remote foreign harbors, the German Navy with its long history of submarine development and operation, today cannot even deploy a single submarine on operations – and will be unable to so for some time to come.

On one of its first missions, the new U36 was operating off Norway when it damaged its stern fins “hitting a rock during a dive,” and had to be escorted back to Germany by a vessel monitoring its test program.  While mishaps like this happen, it just added to the malaise of the German navy which pioneered submarine operations and design.  Even worse U31, the first submarine of the class, has been out of service since 2014 pending completion of repairs.

U32 experienced battery damage in mid-2017 and is awaiting a berthing/repair space.  However, U-4 is “already in line” for the next available docking spot which should come available early this year.  Thankfully, U33 will (or has just) finished its current maintenance in early 2018 and will be released for Baltic “workups” to return to service.    U35, the sister ship of U-6, was commissioned in October of last year but won’t become operational until June.

Press reports state the problem is “lack of spares,” and that “Germany can no longer afford to stock spares for these expensive submarines.”   Really?  It boggles the mind that the wealthiest country in the EU cannot even afford to support a U Boat fleet of six vessels.  These vessels are designed for the Baltic and due to their hydrogen fuel-cell propulsion system can stay underwater for as long as two weeks.  While this sounds rather benign, operations in the Baltic are difficult due to shallow water, and even more difficult since their peacetime mission requirements involve dangerous stealthy operations to gain intelligence on Russian ports.  The Type 212 U Boats are the optimal submarines for these missions, so it is a particular pity that they sit in dry dock waiting for spares that should be readily available.  Today, other countries’ submarines take up this slack and perform this mission since Germany spends too little on its military to fund an adequate support infrastructure for these vessels.  One shudders to think how long it would take Germany to up the readiness of its tiny U Boat fleet should the Russians become more aggressive against the NATO Baltic countries.

In 2010, the last German MPA Atlantique aircraft followed their fast-jet Tornadobrethren into retirement.  To make up for the lack of capability, in 2005, Germany decided to acquire second-hand Dutch P-3C aircraft.  While some grumbled that replacing an expensive to operate two-engined aircraft with an expensive to operate four-engined aircraft made little sense, there is little doubt that the P-3C is a more capable aircraft than the Atlantique it replaced.  However, wouldn’t it have made more sense to consider the more modern P-8, like Germany’s NATO allies who are all retiring their P-3s. 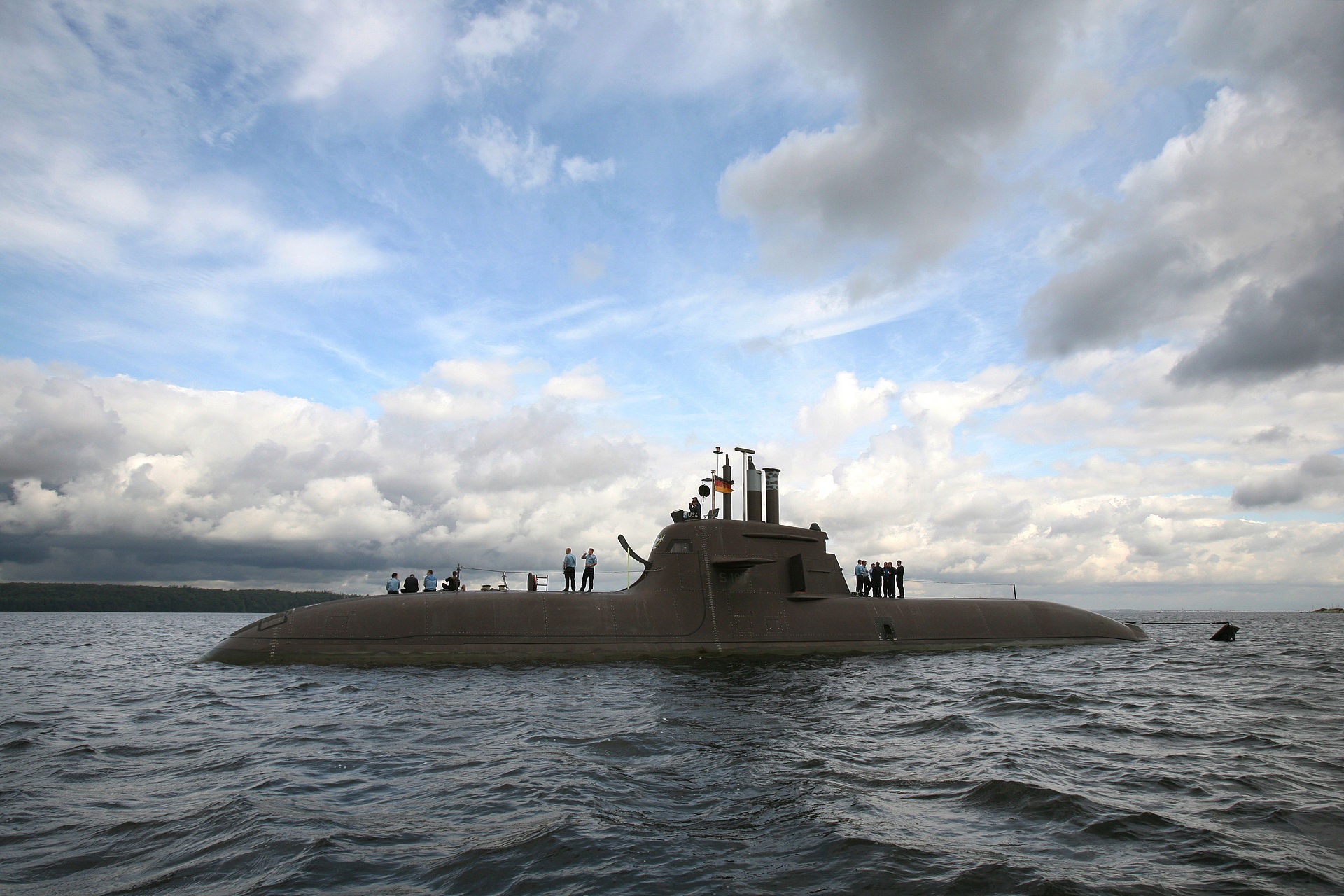 To make matters worse, it soon became apparent that what the planners failed to account for is that the former Dutch aircraft had too many hours on their airframes, and they needed all new wings plus a modern tactical system. Cynics claim this was behind the Dutch decision to retire the aircraft in the first place, one German Navy officer remarking that they were held together by their paint.  Then, instead of competing the expensive structural and avionics upgrades like the USN, and countries like South Korea, Australia, and New Zealand have done, the German Navy took the “easy way out,” and let industry take the lead.  Lockheed Martin is under an eight (8) year sole-source FMS contract to perform the upgrade.  The structural program consists of eight kits which include the outer wing, center fuselage, and horizontal stabilizer.  According to naval experts, no P3C aircraft are operational today.  Isn’t there anyone at the BAAINBw HQ in Koblenz (the former BWB) who can run competitive P-3 upgrade programs like other countries do, or do the cost/benefit analysis to see if buying new aircraft makes any sense?

The state of the surface fleet is little better.  The Navy operates ten Frigates and five Corvettes.  The F-130 Corvette is a strange beast, perhaps the naval equivalent to the ‘horse designed by a committee,’ too small to be useful ‘out of area’ and too large to be agile and fast. It seems to have been the result of a compromise between the FAC community, who wanted something small, fast and agile for inshore operations in the Baltic, and the frigate community, who wanted a ship large enough for Atlantic operations and further afield. One result of the compromise is an 1,800-ton, 89 m ship that cannot carry a manned helicopter (!), a major disadvantage in almost any type of operation. Moreover, an endurance of only one week without a support ship in company hardly suits it to operations outside the Baltic or the North Sea. And, of course, they were delivered with self-destroying gearboxes and a gas problem in the machinery spaces. Worse, each of these ships costs the German Navy more than the 3,700-ton, 121 m Meko A200 frigates built for the South African Navy.

Strangely, the Marine has just committed to five more K-130 corvettes, after the previous navy chief killed off batches two and three – as his last gift to the service before retiring - on the basis of practical experience that showed them to be little more than over-armed and over-priced OPVs but lacking the latter’s ability to operate a helicopter.

Recently, the Marine’s F-125 frigate program has been in the news since the new 7,000-ton Baden-Württemberg failed its acceptance trials.  An article in the Wall Street Journal which cataloged its design problems even went so far as to say, “it really doesn’t work.”  Aside from its seaworthiness and software issues which one presumes will be solved, they have managed to turn the F-125 into a nice 7,000-ton target by omitting to fit a SAM system – ‘they will only be used in “stabilization operations” (read “good news” refugee rescue and counter-piracy), and where there will be “no air threat.”

The decision was defended with the statement “if there should be an air threat, they will be accompanied by an F-123 or F-124.” Really? When pushed on the matter, a Navy source said, “they would shoot down any attacking aircraft with RAM (Rolling Airframe Missile).”  That’s fine for the low altitude missile threat, but these expensive vessels do not have an answer to aircraft toss-bombing with laser-homing bombs (no active radar, no heat source; making the RAM useless) from ranges that will allow the attacking aircraft to escape RAM. Even a spread of unguided fragmentation bombs could be delivered by almost any modern fighter with enough accuracy to take out most antennas and sensors, leaving the ship useless and unable to defend itself against further attack.

And when it comes to putting some troops ashore, the F-125 cannot do much more than most frigates of old – put a reinforced platoon ashore. While its twin hanger and the space for four large RIBs will facilitate insertion (and extraction), it is hard to see what that force can achieve once ashore – particularly as it will be essentially foot-mobile.  How the same Navy that operates the magnificent F-123 and F124 class frigates, and the very useful if now elderly F-122 class, could come up with designs like the K-130 and the F-125 beggars the imagination.