Get Your History Right: Don't Ever Send a Battlecruiser to do a Battleships Job 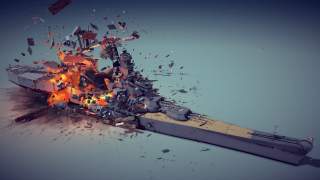 FACT: "The irony is that while battlecruisers are gone, they are still with us today. Battlecruisers were eggshells armed with hammers, which exactly describes modern warships. Today's combat vessels mount weapons of staggering lethality, especially anti-ship missiles. They also defend themselves with cannons and missiles to shoot down incoming weapons with a technological finesse that would have seemed like an H.G. Wells novel to a sailor in 1914."