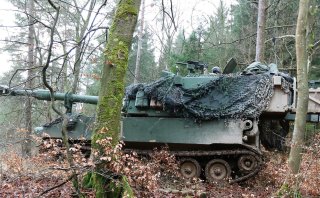 Stay-behind (GLADIO), a clandestine doctrine applied across Southern Europe and the NATO periphery, was once the bedrock of the alliance’s security and the function of many nation states from the Turkish Republic to Italy as well as countries in the Benelux region (comprising Belgium, the Netherlands, and Luxembourg). Decades later, with increased aggression from the Russian Federation and machinations via subsidiaries of the People’s Republic of China (PRC), its necessity has become clear once again.

Today, governments, politicians, and state structures across the world have been penetrated by Russian and Chinese actors. Yet a method devised by NATO during the Cold War holds the solution to countering those keen on upending the rules-based established international order. An organization both military and civilian in structure, GLADIO was formed initially with the purpose to thwart Soviet-aligned, malicious domestic actors—be it illegal organizations or compromised governments—through local power brokers and national command structures. The goal was to secure NATO nations for generations to come.

But as the Soviet Union collapsed, GLADIO was “hibernated” by many countries. However, today, both NATO and its member countries have sufficient reasons and capabilities to revive these clandestine organizations.

The GRU, Russia’s military intelligence, and MSS, Chinese intelligence, have already invaded countries without placing a single soldier within their borders through subversion vis-à-vis penetrating media companies, aerospace and defense firms, and governments. If left unchecked, these assets will soon reach positions which shall be both detrimental to the quality of life of the citizenry that inhabit those nations as well as to the cohesive united strength of the NATO partnership. Dedicating both resources and capabilities to appoint civilians and military personnel to a novel GLADIO will be imperative in obstructing both the GRU and MSS from gaining a substantial foothold in the political spectrum from the Atlantic to the Mediterranean.

Akin to the methods employed during the height of the Cold War, necessary direct interventions include prohibiting organizations from being part of the private and public sector if they are found to be aligned with anti-NATO regional and global powers. On the more severe side of the spectrum, replacement of governance to ensure continuity and amelioration in the quality of life of one’s citizens and the place for the country within the Atlantic alliance itself.

The Russian Federation under the tenure of Vladimir Putin is a topic that has been widely discussed. However, if the next “tsar” is a chosen candidate from the GRU, Moscow’s first foreign policy tactic may be to activate assets within NATO countries to directly destabilize the alliance. Fractures already exist from Hungary to Germany, and Russia and China alike could seek to exploit these.

Where once NATO nations were “first movers” in topics related to clandestine governance, we run the risk today of being left behind by both Russia and China in a third age that is marked by hypersonic missiles (which are able to reach our borders at both a speed and destructive capability far surpassing both our ability to protect ourselves and also counter effectively).

NATO has the opportunity to select the necessary cadre of officers from the military and local civilian power brokers from all backgrounds to ensure that if (or when) the new age of “great power competition” moves towards an era of “great power consolidation,” continental Europe and, most crucially, the Mediterranean (due to high-value sea routes) are well-prepared to defend themselves. One does not want to see these regions suffer a fate brought on by a lack of preparation, with it having to occur after the fact, akin to the valiant efforts displayed by the Ukrainian people in repelling the Russian Federation’s efforts to redraw established borders.

The United States, the Republic of Turkey, the Republic of Italy, and the United Kingdom are nations with some of the most developed experience in executing “stay-behind” operations both at home and abroad historically. As such, these nations should come together to form a new GLADIO, prioritizing both their own unilateral national interest as well as a wider communal doctrine to safeguard their way of life.

“Life, Liberty and the Pursuit of Happiness” in the United States, “Hâkimiyeyti-i-Miliye” (National Sovereignty) for the Turkish people, “La Liberta” across the Italian peninsula and “Liberté, égalité, fraternité” in France are all the core ethos from which GLADIO draws its innate strength and purpose from. Now, we must work to ensure freedom for the citizens of NATO, the last remaining beacon for the free world.

Alp Sevimlisoy is the Turkish-British CEO of his flagship private asset management corporation and hedge fund headquartered in Istanbul, and a Millennium Fellow at the Atlantic Council headquartered in Washington, DC.

Peter Woodard is a Canadian-British executive with a geopolitical focus on the moving parts within NATO and the potential for an expanded role within the region.