Glock G43 Gun: All the Facts You Need To Know 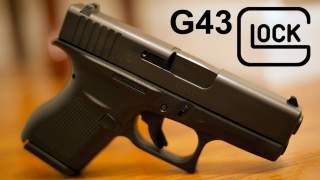 Subcompact handguns, on the other hand, are built for carrying. The subcompact must balance a bullet powerful enough to stop a threat with the fact that the gun carries fewer of them in order to remain small and unobtrusive. Subcompacts must be small and ideally narrow in order to prevent “printing,” the dreaded phenomenon when the profile of a handgun is visible underneath clothing.​