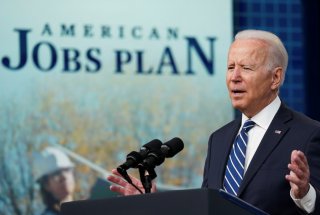 The United States added 850,000 jobs in June, far beyond what economists had expected and the biggest monthly jobs gain since August 2020, as businesses look to keep up with the strong demand for services.

The unemployment rate, however, slightly increased to 5.9 percent, according to data released Friday by the Labor Department, colliding with the 5.6 percent projection.

While the labor force participation rate remained unchanged at 61.6 percent, a separate figure that examines discouraged workers and Americans employed in part-time jobs due to economic reasons dropped to 9.8 percent, bringing the “real” unemployment rate to under 10 percent for the first time in more than a year.

“From a market perspective, this was an all-out positive jobs report,” Seema Shah, the chief strategist at Principal Global Investors, said. “The improvement today likely reflects a slight easing of the labor supply constraints that have been holding back the jobs market in recent months, as well as continued momentum from the economic reopening.”

The drop in the “real” unemployment rate and strong job gains indicates an accelerating economic rebound as coronavirus restrictions have been lifted across the United States, allowing Americans to resume going to bars, restaurants and in-store shopping.

The hospitality industry saw the largest benefit last month, as workers returned to jobs at bars, restaurants and hotels. The industry led the June job gains with 343,000, which included 194,000 for restaurants and bars, 75,000 for hotels and 74,000 new jobs for entertainment and recreation. The sector, however, is still 2.2 million jobs less than what it was at in February 2020 before the pandemic struck the United States.

There were also considerable gains in education, which totaled 269,000 across state, local and private hiring.

“The June employment report showed an upshift in employment growth, nearly doubling the average job growth rate that has prevailed over the year, and it may mark an overall acceleration in the pace of hiring as viral and policy issues recede as potential labor supply constraint,” Gordon Gray, the director of fiscal policy at the American Action Forum, said.

Although there was massive job growth last month, women’s labor force participation stood at 56.2 percent, compared to the male rate of 67.5 percent.

There were also major racial disparities over the unemployment rate, as the jobless rate for Black workers hit 9.2 percent, compared to that of whites at 5.2 percent.